We ran this liveblog from March to May 2020 to help youth leaders respond to the Covid-19 pandemic. All the content shared can still be accessed and searched for via the sidebar.

SOME HIGHLIGHTS FROM THE LIVEBLOG ARCHIVE:

There are 0 new posts since the page loaded. Refresh

If you're looking for the latest blogs, research, and resources related to youth work and Covid-19, we've made a new home for that content with out Resource Hub, which you can find at the adjacent link. So no more updates on here, but do join us over there!

Welcome to our Covid-19 Resource Hub, the new home for all our coronavirus-related content ﻿— a pool of resources made to help your work with young people.

"Together Apart" is a short series of curriculum resources enabling you to explore life and faith with young people, and is designed specifically for use in the context of an online youth work session.

We've now combined all six session plans into a FREE downloadable PDF of six session plans for young people, along with copious notes on everything that a youth leader might need to consider when running the sessions online.

Are some of the young people you work with getting ready to go to university in September? It's obviously a difficult time to mark these transitions well, but we still want to support young people and help prepare them in the best ways we can.

Fusion are giving young people the opportunity to sign up for a four-part "preparation for university" course and to start the adventure of university prepared. Check it out here.

Check out the video of Dr Lucie Shuker below, here to tell you about the launch of our newest research report, "We do God".

"Youth workers know how to create an experience: whether it’s choosing the right music, taking young people to new places or creating some ritual that only your youth group will ever understand. But when it comes to faith, much of church culture focuses on learning about ideas rather than direct practice.

This new report from the Youthscape Centre for Research highlights the experiences of youth workers who invite young people within and beyond the church to experiment with Christian faith. Through case studies, interviews and survey data we identify which practices are being used and what people are learning about practice-based ministry."

We'll be going live on our Facebook on Tuesday 12th May at 11am to unpack the findings and apply it to the current context we're living in. Don't miss it! You can pre-order the hard copy of the report here, and a digital download will be available for purchase (alongside a free sample download) upon release.

Youth for Christ are taking some time in the month of May to pray for young people, and join others to do the same in their campaign "Pray through May". You can find out more about it here, as well as all the other resources available on the YFC website. You can also download a prayer booklet.

Many young people are currently dealing with the tensions of staying at home. As you try to support them, here's a great resource from the National Youth Agency: "Staying Well at Home: Coping with Feelings of Frustration and Anger". It's a free workbook for young people aged 11-19. Download it here.

We’re into the sixth week of lockdown but our liveblog is still going strong. Here are the highlights you may have missed from the last week.

As always, we want to thank you so much for your support and if there’s something you’d love to see or even something you want to contribute in coming weeks please get in touch!

If you're concerned about the vulnerable young people in your community, we recommend reading the new report released today by the National Youth Agency. It draws attention to the pressing needs many young people are facing as a result of the pandemic and calls for a clear exit strategy for young people who are likely to be included in the early stages of release from lockdown measures.

The top-three concerns (found in the report) are:

You can read more and download the full report here.

Just over a month ago, Youthscape and St Mellitus held our annual lecture, titled: "A Theology for the Rebellion". We heard from Dr Sarah Williams and Dr Mark Scanlan about how youth workers can help young people navigate periods of unprecedented change. You can download the recording for only £3 on the YS Store - it feels especially relevant right now:

"In and through prayer, we meet the missional challenges of our day." - Dr Sarah Williams

The Big House, an Irish youth organisation, has put together a great video series called "Shaken". Here's their introduction to the series:

"We all feel shaken sometimes. Sometimes difficult things happen and we don’t know what to do, or how we feel. Shaken is a resource is designed to help you make good choices to live well when life shakes you."

Mission Academy Live is a 10-week, youth Alpha style video series, with a focus on peer-to-peer evangelism. Dan Randall mentions this resource in today's podcast episode, so give it a listen if you'd like to hear more about that! You can find out more about Mission Academy here.

EPISODE 1 - WHY EVANGELISM from HOPE Together on Vimeo.

Just about everyone seems to have been involved in a video-chat quiz at some point over the last few weeks. It’s a great way of doing something fun as a group while being apart. It’s also a great thing to do as a youth group. You could run it as an outreach or social event and encourage young people to get their friends involved.

If you want to run a quiz for your youth group here are some pointers to help get you started:

One last thing to mention is a great programme called Kahoot! which allows you to create quizzes online. Questions are viewed on a shared screen and players answer individually on their own devices. For more information and tutorials on how to run a Kahoot! quiz, check out their website.

Do you know any young people who want to learn how to be good communicators? Soul Survivor have uploaded their "Loud & Clear" course on their website - you can download materials and watch videos for training in public speaking and communication. This could be a great way to help develop some of the young people you work with. Why not go through the course together?

Our local YS team are giving young people across Luton an opportunity to learn to cook, try out new ingredients, experiment with new recipes, and cook a delicious, fresh and healthy meal for the whole family.

Families can sign up for ‘Cook With Youthscape’, every week they will receive a recipe bag which includes all the ingredient they will need to make a tasty meal for everyone in their home. Every pack includes a recipe card and a link to our tutorial video on Youtube - with tips from our very own professional chef!

Trying to find creative ways to stay connected to the young people in your area? Why not get in touch with your local authority and see if they need any help distributing food? There are some ideas in this blog post by YS Luton Director, Jemimah.

Trying to get a sense for how many young people are engaged with the groups and services you're running online? Mark Crosby, Director of Communications for the Vineyard Church, has written this helpful guide to understanding the metrics for online stats.

‘Together Apart’ is a short series of sessions enabling you to explore life and faith with young people, designed specifically for the context of online youth work. And it's completely free! The first two sessions can be downloaded here, the third session can be found here, the fourth session here and the fifth here. This is the final session in the series.

Each session includes a short programme around a theme, along with copious notes on everything that a youth leader might need to consider when running the session online. We’re not claiming that this is a revolutionary new youth work model – but we hope that it will prove really useful in the immediate context in which we find ourselves. As always, we welcome your feedback!

Session Six, written by Youthscape's Hannah Bradley, explores the theme of prayer (download it via the adjacent link). Ask the young people in your group: "Do you think prayer works?"

HOPE Together have drawn together a list of resources on their page for youth evangelism during the pandemic, including an invitation to join them in prayer. You can download prayer resources and find some ideas for schools work. Check it out!

If your youth group has toured museums and landmarks together, embraced social action, had a stop motion movie marathon and encouraged each other to try new skills, then why not try a virtual zoo or aquarium trip? Multiple zoos and aquariums across the world have set up live webcams showing footage of popular tanks and enclosures. Since many video chat platforms have a share screen function, the entire youth group is able to experience something together through one person’s screen.

While zoos and aquariums are great at promoting species awareness and championing conservation, sometimes you just want to see animals in their natural habitat. The Explore website offers just that! While there is still aquarium and zoo footage on the site, the majority of cameras are hidden in real life nature reserves and known wildlife hotspots.

For an online session, it’s important to remember that not all young people will be interested in seeing animals in zoos and aquariums. Keep the tour short. Check it out for yourself beforehand and identify where the best webcams are so as to direct the group to the most interesting exhibits. It is also worth noting the times the live cams are running considering some of the suggested sites are based in the United States.

Make the session interactive. Ask each young person what their favourite animal is beforehand and try and find webcams or footage of that animal to highlight to them during your tour.

Many young people will be dealing with bereavement at the moment; how can we, as youth workers, best help and support them? Church Army has drawn on practical experience to create a booklet titled: "Death, grief and hope", aimed at helping support young people during Covid-19. It includes guidance on:

The Bible Project has created weekly small group and church bible study resources. You'll receive an email every week containing: a Bible Project video, a short audio message, 2-3 scripture readings and 6-8 discussion questions. You could adapt these resources into material for your youth group - or maybe it'll just be the inspiration you need, as a youth leader, to care for your own spiritual life. Check out their most recent video...

A guide to self-isolation: 9 ideas from a chronically ill person 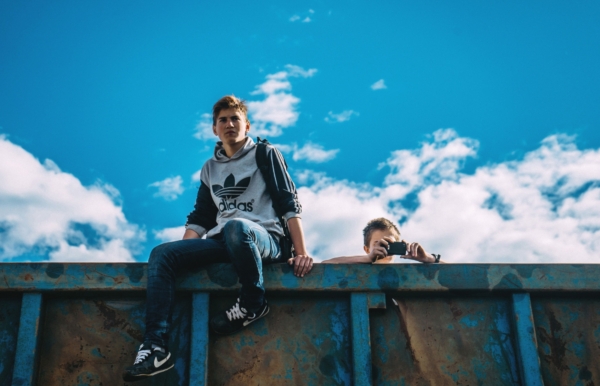 Youth work in isolation: Time for a new gameplan