“The authority to make us children of God”

John’s Gospel starts with a declaration that in Jesus is life and light and grace and truth. That Jesus is indeed the visible embodiment of the invisible God.

I’ve been in Church my whole life but for too long I’ve had a misconception of what it means to be a child of God. John 1v12 says ‘yet to all who did receive Him (Jesus), to those who believed in His name (which means God saves), He gave the right to become children of God.’

Jumping Through Hoops
My misconception was that in order to be acceptable to God I needed to prove myself. I’ve lived from this posture for most of my life. That if I did certain things well and avoided other things then God would like me or allow life to go the way I hoped. The religion that too often I’ve bought into was more like jumping through hoops to receive a reward from God. I believe Jesus has something so much better for us!

The Name
Jesus’ name means ‘God Saves.’ It’s God in Jesus who saves, restores, redeems and reconciles all people. Jesus was a Rabbi and the role of a Rabbi was to pass on their teaching to their disciples, a disciple of the Rabbi was known as a Son, someone who had aligned themselves with the teaching, and authority of that Rabbi. In Jesus we get far more than simply a teacher of the way but the WAY itself, not just another conduit of truth but TRUTH embodied, Jesus’ teaching isn’t simply pointing us toward life, He is LIFE.

Join The Party
In Luke 15 Jesus tells three stories that follow a pattern;

In each story the God character instigates the celebration, the Shepherd and the sheep, the lady and the coin and a Father waiting in hope that his son will return. But in the 3rd story the twist is the position of the older brother. We find him standing outside, refusing to go to into the party, I imagine him with arms folded, angry that the Father is celebrating his wayward son now returned. Many Christians I know resonate with the older brother, a lifetime of jumping through hoops and for what? Obscurity? Irrelevance? Can you hear the compassionate heart of the Father ‘Son, you and I are very close and everything I have is yours!’ (Luke 15v31 NLT) A child is meant to not only inherit the Fathers possessions but the Fathers heart. The Father in this story embraces the wayward Son and invites the resistant Son to come and join the party. Children of God know how to play, they know how to party!

Abba
I have a friend called James whose Dad died when he was a young boy so when he became a Christian he referred to God as ‘Dad’. James is from Yorkshire and prays to his Heavenly ‘Dad’ in his beautiful Yorkshire tone. When Jesus taught His disciples to pray (and remember they were northerners too!) His prayer began with an intimate reference to God, Abba. Daddy, the kind of Father who you can share your hopes and dreams and fears with, knowing that He will be close and kind and would always welcome you with an embrace.

Can you hear the Voice of God today reminding you that you are a child of God;

You are accepted. You are his child. You get to invite others into the family of God.

There was a man sent from God whose name was John. He came as a witness to testify concerning that light, so that through him all might believe. He himself was not the light; he came only as a witness to the light.

The true light that gives light to everyone was coming into the world. He was in the world, and though the world was made through him, the world did not recognise him.He came to that which was his own, but his own did not receive him. Yet to all who did receive him, to those who believed in his name, he gave the right to become children of God – children born not of natural descent, nor of human decision or a husband’s will, but born of God.

The Word became flesh and made his dwelling among us. We have seen his glory, the glory of the one and only Son, who came from the Father, full of grace and truth.

(John testified concerning him. He cried out, saying, ‘This is the one I spoke about when I said, “He who comes after me has surpassed me because he was before me.”’) Out of his fullness we have all received grace in place of grace already given. For the law was given through Moses; grace and truth came through Jesus Christ.No one has ever seen God, but the one and only Son, who is himself God and is in the closest relationship with the Father, has made him known 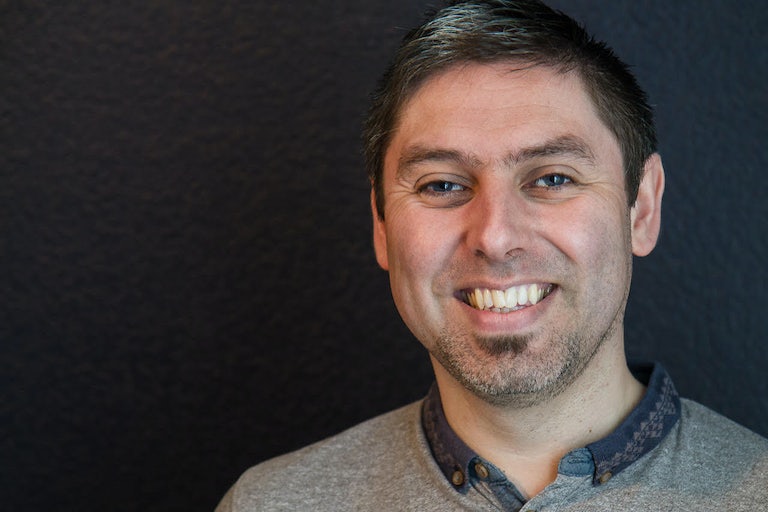 Read that first bit of Pete's article again - out loud if it helps. No matter how many times we've heard it, we all need reminding of the incredible truth that we don't need to perform or improve ourselves in any way to be accepted by God. In the Ignatian tradition, most prayer or reflection sessions start with a simple activity:

"Let God look at you"

Just stand, as you are, and let God look at you. Let him see you. And ask him to let you see what he sees.

Use this advent prayer from Crosswalk:

Dear Heavenly Father,
Help me to hear your voice.
Touch me once again.
Give me the courage to be your beloved.
Give me courage to choose joy.
I need you now this Christmas.
Be born in me again. Today.
In Jesus' name, Amen.

Jesus taught as one with authority