Positional power derives from a particular office, rank or status within an organisational or cultural context. Churchwardens, Archdeacons, Head teachers, managers, and chairs of committees have positional power. In contrast, personal power derives from the ways in which leaders are perceived by followers as being knowledgeable, good examples, or competent. Martin Luther King, Mother Teresa and Nelson Mandela are examples of individuals who exercised personal power far beyond their position.

Given that Jesus held little positional power his authority was rooted in his person and identity. Power, and therefore authority, modelled on Christ, is necessarily cross shaped. Jesus, though in the form of God, did not consider equality with God as something to be grasped, but emptied himself to become human and humbled himself in obedience to death, even death on a cross. Therefore, God highly exalted him (Philippians 2.6–9).

It’s notable that it is only after his crucifixion and resurrection that Jesus declares: ‘All authority in heaven and on earth has been to me’ (Matthew 28.18). The one who has humbled himself, even to death on the cross has been exalted and given all authority in earth and heaven.

The one who has humbled himself, even to death on the cross has been exalted and given all authority in earth and heaven.

That authority, given to Jesus, has been given by Jesus to those whom he sends to make disciples. Matt 28.19 makes this clear with the use of the word ‘therefore’ explicitly linking the sending by Jesus with the authority of Jesus. Clearly those sent in this passage are ‘the eleven’ referred to in Matt 28.16. However, the church also sees itself as the subject of this passage. Their commissioning is our commissioning. We are sent just as they are sent. Jesus’s directive to make disciples is not limited to the first generation of Jesus’ followers but is thrown open to every generation.

Making disciples is far more than sharing the gospel or evangelism; it is the hard work of sharing ourselves and something of what we have experienced in Christ. Authentic discipleship is modelled on our experience of Jesus, hence, the instruction to make disciples, teaching them to obey everything I have commanded you. Discipleship requires a critical triangulation between Jesus, those sent and those discipled. Paul describes that triangulation in subtly different language in 1 Corinthians 11.1: Be imitators of me as I imitate Christ.

However, that authority to make disciples has limited scope, we are to teach and to model only what Jesus commands. If the people we disciple don’t look like Jesus then we’re doing it wrong! Yet despite its limited scope the authority given by Jesus is of unlimited duration: I am with you always, even to the end of the age.

I am with you always, even to the end of the age.

Then the eleven disciples went to Galilee, to the mountain where Jesus had told them to go. When they saw him, they worshipped him; but some doubted. Then Jesus came to them and said, ‘All authority in heaven and on earth has been given to me. Therefore go and make disciples of all nations, baptising them in the name of the Father and of the Son and of the Holy Spirit, and teaching them to obey everything I have commanded you. And surely I am with you always, to the very end of the age.’ 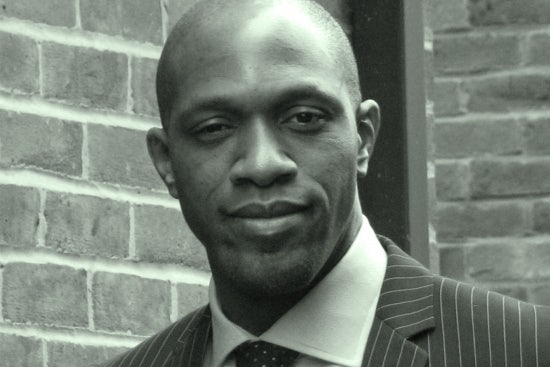 The authority of Jesus

Over the past 6 weeks we've looked at Jesus' authority to give eternal life, to forgive, to teach, to make children of God and to judge. Calvin's article lists a few more areas in which he had authority too.

Which stand out the most for you? Which best represent your experience of Jesus?

Are there any which present a Jesus you don't yet know?

Be imitators of me as I imitate Christ

Authentic discipleship is modelled on our experience of Jesus, hence, the instruction to make disciples, teaching them to obey everything I have commanded you.

As we come to the end of 2017, will you take this challenge for your youth work in the next year? Commit to take some time over the next couple of weeks to reflect on your personal experience of Jesus and how you can invest in this so that your life becomes a model for the young people you're sharing life with.

Jesus ends his commission with the words " I am with you always, even to the end of the age" (Matthew 28:19)

Jesus taught as one with authority

The authority to make us children of God