Do we really want God to give us what we deserve?

Have you ever muttered under your breath about how much more work you do than others? Have you ever resented those who seem to have it easy? Or, perhaps, even felt jealous of those with more when you are trying so hard with that you have?

Our human propensity to compare ourselves to others is flawed: the only person that gets hurt by it is us.

In Matthew chapter 20 Jesus tells us a troubling story about a landowner who employed a large group of day labourers. At the end of the day he pays all of them the same wage, even though some of them have only done an hour’s work. Not surprisingly, some of the workers are hacked off. I probably would be too.

Hard physical work in the hot sun, an aching back and swollen feet for 12 hours - for a Denarii. It was a fair deal.

But the same pay for the guys who worked a fraction of the day?

The vineyard owner challenges them, “are you envious because I am generous?” (v15). And my answer would be “yes”.

In our limited human understanding, that sounds profoundly unfair, right? It’s bad business. It’s nonsense economics. Our sense of fairness is shaped by what we think that we, and others, deserve. And imagine how it would have been heard at the time - by employers and by labourers. It sounds like Jesus is ushering in revolutionary economics, unleashing chaos and putting everyone out of business. It feels dangerous.

This is a story that challenges our sense of what is right, and what is just. Jesus goes right for the jugular and tells a story that sounds blatantly unfair.

Because in the Kingdom of God, fairness falls too far short of God's vision. It is superseded by deeper values: justice and grace. And this story exposes just how far away our sense of justice is from God’s.

The landowner paid justly – he paid what he had agreed with the workers, he paid what he had promised. And then there was astonishing grace for those who only worked a few hours (or one!), who got paid the same as the others. What business was it of those who worked all day long how much the newcomers were paid? None.

But this parable isn’t an urge just to mind our own business. It paints God as an employer with extraordinary, and even absurd, economic policies. It makes us ask the question – what does it really mean to call God just? And therefore what does it mean for us to pursue His justice? If this story is anything to go by, it’s going to flip some of our ideas on their head.

This story exposes how jealousy and resentment take away our contentment, and how much less generous we are than God. When the vineyard owner pays a whole Denarii to the workers who only laboured for an hour he shows himself generous to those that nobody else wanted to employ, those who were at the bottom of the heap, the least desirable. And yet how quick we – and the other vineyard workers are – to resent this grace. Even though we, too, have been its beneficiaries. Does Jesus’s grace not abound to all – regardless? End of.

Grace abounds no matter what. Crazy eh?! And it seems to pool around those who need it most. Why is this such a threat to us? Do we fear there will be less to go around; less for us?

We serve God out of love and gratitude, choosing to pursue his agenda ahead of our own; in whatever capacity it may be; to whoever we are sent. We don’t go because we expect a reward, we go because we have already experienced the grace of a God who doesn’t give us what we truly deserve – and we continue to experience this abounding grace.

Jesus blows apart our confidence in what is fair, and who God wants to bless. How easily we find ourselves wanting God to be less generous.

So what does it mean for us to live out this outrageous justice and grace that God embodies? It’s more than letting go of the niggles of resentment or jealousy that we may hold; it means extending boundless grace and abundant generosity. Especially to those who expect it least. Especially to those who are overlooked. God’s economy is insultingly unfair and biased towards everyone that culture and society consider undesirable and undeserving. And, as the parable shows, living this way is likely to offend and upset plenty of people who won’t think it’s fair.

“For the kingdom of heaven is like a landowner who went out early in the morning to hire workers for his vineyard. He agreed to pay them a denarius for the day and sent them into his vineyard.

“About nine in the morning he went out and saw others standing in the marketplace doing nothing. He told them, ‘You also go and work in my vineyard, and I will pay you whatever is right.’ So they went.

“‘Because no one has hired us,’ they answered.

“He said to them, ‘You also go and work in my vineyard.’

“When evening came, the owner of the vineyard said to his foreman, ‘Call the workers and pay them their wages, beginning with the last ones hired and going on to the first.’

“But he answered one of them, ‘I am not being unfair to you, friend. Didn’t you agree to work for a denarius? Take your pay and go. I want to give the one who was hired last the same as I gave you. Don’t I have the right to do what I want with my own money? Or are you envious because I am generous?’

“So the last will be first, and the first will be last.” 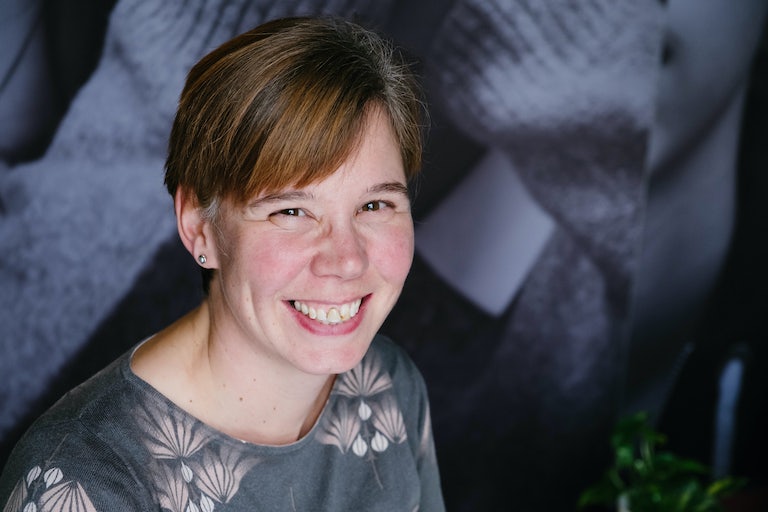 How has God been unfair to you?

What's the most powerful experience of God's grace that you've had? When have you experienced his kindness even though it was the last thing you deserved? Try to remember how that felt, and spend some time thanking God for how he has shown you his bottomless generosity. Look out for that same kindness at work today.

Taking after our dad

How can we take steps towards a life of generosity and grace, like that picture Jesus paints of God the Father? Often our fear holds us back from being generous, because we fear not having enough. Is there someone you know who you could bless with a gift this week, one that you're not sure you could afford? Talk to God about how you can learn to be generous with what he has given you.