“An attitude of service”

This article is also available in audio form. Listen or download it here.

I remember it like it was yesterday; in I walked to my grotty local pub for the weekly quiz and the as I approached the bar its custodian looked me in the eye and asked: “Pint of the usual?” There it was. Aged 18 and I had a ‘usual’ (a Guiness, if you’re asking/offering).

There’s something very appealing about that Cheers-esque fantasy of walking into a bar and everybody knowing your name. I don’t know what you’re like when you walk into a party, but I’m more than happy to enter and grab the attention of the room straightway.

Maybe that’s just my desperate need for attention talking, but it’s this dynamic that shocks me about Jesus’ incarnation; it was so… subtle, I mean, as subtle as a cavalcade of angels in the sky and huge star get, I guess. But even with a couple of flashy escapades, Jesus, the son of God, the one whom the whole kit and caboodle was created through, rocks up in a forgotten, backwater town and then disappears for the next three decades to learn his stepdad’s trade. He didn’t so much burst into the party and demand to be noticed as crept in, grabbed a drink and sat in the corner making polite conversation.

The Message translation of Philippians 2 is flame emojis 🔥🔥. Just read this:

Think of yourselves the way Christ Jesus thought of himself. He had equal status with God but didn’t think so much of himself that he had to cling to the advantages of that status no matter what. Not at all. When the time came, he set aside the privileges of deity and took on the status of a slave, became human! Having become human, he stayed human. It was an humbling process. He didn’t claim special privileges. Instead, he lived a selfless, obedient life.

I love the ‘he stayed human’ in this. At no point during his time on earth did he cash in those heavenly cheques. In fact, in the face of temptation in the desert he turned down the opportunity to display power, receive worship and rule the earth. The humility of Jesus meant he was never grasping for the next rung on the ladder.

Now, I, unlike Jesus, do not have equal status with God – my starting point is vastly different. And yet, if I’m honest, how much time and effort do I put into trying to hoist myself up onto that level, trying to put myself front and centre, trying to get to the middle of the party?

Jesus’ humility encourages us to bide our time, to wait for God’s timing rather than trying to artificially raise ourselves up to a higher, bigger platform.

God didn’t become human so that humans could become Gods, so why do we spend so much time trying to do that?

There’s a definite balance to be struck here, because while Jesus entered the world in the most humble way imaginable, he took his seat at the table with religious leaders at a young age, while he took on the status of a servant, he invited others to follow him, while he acted with humility, he allowed himself to be anointed with expensive perfume.

Humility isn’t about denying the influence God has given us, it’s about an attitude of service, it’s about happiness with our lot, it’s a counter-cultural mindset in a society of individuals trying to elevate themselves rather than others.

Jesus will come again in glory; his second entrance will be much grander than the first. The humility Christ models relies on God’s timing, not our own impatience, allows God to life us up, rather than striving for our own glory.

There was a man sent from God whose name was John. He came as a witness to testify concerning that light, so that through him all might believe. He himself was not the light; he came only as a witness to the light.

The true light that gives light to everyone was coming into the world. He was in the world, and though the world was made through him, the world did not recognize him. He came to that which was his own, but his own did not receive him. Yet to all who did receive him, to those who believed in his name, he gave the right to become children of God— children born not of natural descent, nor of human decision or a husband’s will, but born of God.

The Word became flesh and made his dwelling among us. We have seen his glory, the glory of the one and only Son, who came from the Father, full of graceand truth. 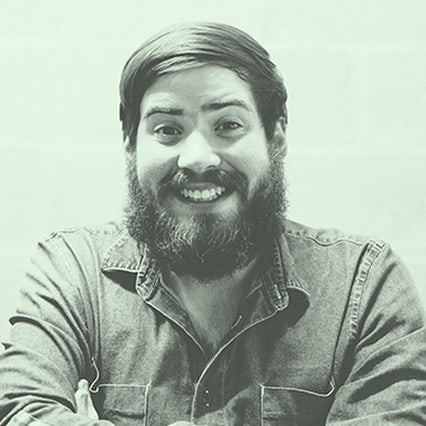 Let's look at that section from Philippians 2 again.

Think of yourselves the way Christ Jesus thought of himself. He had equal status with God but didn’t think so much of himself that he had to cling to the advantages of that status no matter what. Not at all. When the time came, he set aside the privileges of deity and took on the status of a slave, became human! Having become human, he stayed human. It was an incredibly humbling process. He didn’t claim special privileges. Instead, he lived a selfless, obedient life.

What would it mean to think of yourself the way Christ Jesus thought of himself?

Well, unless you're reading this from Jerusalem (and if you are, send us a postcard!) Jesus probably didn't walk where you walked. But he was here. Right here. On the same planet that you and I walk around on today. Jesus who was actually God became flesh and lived among us.

Find a way to remind yourself of this at various points during the day - write 'Jesus was here' or JWH on your hand, or set a reminder on your phone. Every time you think of it, stop and look around while saying "Jesus was here" in your head or under your breath. Where would he be? Who would he be talking to? Would you even notice it was him?

O Jesus! meek and humble of heart,
make my heart like onto thine.
From the desire to be esteemed,
Deliver Me.

Jesus, grant me the grace to desire
that others be admired more than I;
that other be praised and I unnoticed;
that others be preferred to me in everything;
that others be holier than I, provided I
become as holy as I should;
that I might imitate the patience and
obedience of Your mother, Mary.
Amen.