“Peace for the powerless”

The story of Jesus’ meeting with the woman caught in adultery is a beautiful picture of his compassion, creativity, resistance - and his grasp of the power dynamics of his culture. But imagine for a moment if in the minutes following the part of the story that we know, a group of the Pharisees came back and said “We’re sorry, we’d like to make peace with this woman.” I know, it’s unlikely given the humiliation they had just experienced. But I imagine that the woman herself would have been afraid. Only seconds ago, these men had been ready to kill her, in a brutal manner, and now they were asking for reconciliation? It would feel like an abuse of their power to ask it of her, and I imagine Jesus being extremely protective of her.

It didn’t happen, as far as we know, but it illustrates how complicated the pursuit of peace can be when there is a huge difference in status, power and privilege between the different parties. It’s something that we see starkly here in South Africa, and that the church has to wrestle with if it genuinely wants to seek the kind of peace and reconciliation Jesus modelled. Because apartheid was theologically justified by many white churches. We were part of the oppression.

In fact, in our context here, talking about reconciliation is deeply abusive unless it is invited freely by those who were (and continue to be) dishonoured, harmed, marginalised and dis-empowered by the systems of colonialism and Apartheid. Or, if the impetus really comes from the powerful – from the architects, implementers, bystanders, or beneficiaries of the privilege and the power of these systems and structures – there needs to be a genuine willingness to face into the biblical challenge to repent of, redress, and transform these legacies of injustice and inequality without trying to control or manipulate the response of those who have been wronged or the outcome.

Repentance is the first step, but it is not the end of the process.

There are so many moments in the Gospels when Jesus demonstrates the complexity of making peace. After dinner with Jesus, Zaccheus repented of his oppressive and unjust practices as a tax collector, and it wasn’t just with words: He volunteered to make concrete restitution: “Look, Lord! Here and now I give half of my possessions to the poor, and if I have cheated anybody out of anything,I will pay back four times the amount.” (Luke 19:4)

When Jesus has to choose between hurrying to the sick child of a synagogue leader (Jairus), or stopping to offer compassion and dignity to an anonymous, outcast, bleeding woman, Jesus of course chooses the latter. The powerful must wait and face the feeling of powerlessness if we are to understand those we want to be reconciled to. Jesus will not be hurried away from a woman who has been rejected by her community and is deeply in need of healing and restoration; he chooses to provoke, outrage and face accusation from those with all the status. They must lose some of their power to be truly reconciled to those denied power.

Jesus invites us all to reconciliation with God and with one another, but it is not a shallow or quick reconciliation. Real peace is not achieved in a hurry, and it is does not happen on the terms of those with the most status and power.

When we in the church speak and seek reconciliation between individuals or communities – be that the teenagers in our youth group, or the different social and ethnic groups in our neighbourhoods and towns - whist ignoring or dismissing this crucial element of the power dynamics at play, we can end up betraying the true nature of the kingdom and the power of God to transform our diseased relationships with one another. Which is the last thing we want.

Think of Mary’s song in Luke’s Gospel – she praises God because:

He has brought down rulers from their thrones but has lifted up the humble.

He has filled the hungry with good things but has sent the rich away empty. (Luke 1:52-53)

In a world where we are more aware than ever of the scale of suffering and injustice, we can encounter these verses with great joy and relief, to know what God intends for the humble and the hungry; but it is less comfortable to read about what the rulers and the rich will face. God brings a disruption: He turns things upside down in pursuit of a deeper peace that is good news for everyone. It is easy to love the idea of peace, but much harder to face the disruption of our comforts and the cost of true reconciliation.

At dawn he appeared again in the temple courts, where all the people gathered round him, and he sat down to teach them. The teachers of the law and the Pharisees brought in a woman caught in adultery. They made her stand before the group and said to Jesus, ‘Teacher, this woman was caught in the act of adultery. In the Law Moses commanded us to stone such women. Now what do you say?’ They were using this question as a trap, in order to have a basis for accusing him.

But Jesus bent down and started to write on the ground with his finger. When they kept on questioning him, he straightened up and said to them, ‘Let any one of you who is without sin be the first to throw a stone at her.’ Again he stooped down and wrote on the ground.

At this, those who heard began to go away one at a time, the older ones first, until only Jesus was left, with the woman still standing there. Jesus straightened up and asked her, ‘Woman, where are they? Has no one condemned you?’

‘Then neither do I condemn you,’ Jesus declared. ‘Go now and leave your life of sin.’ 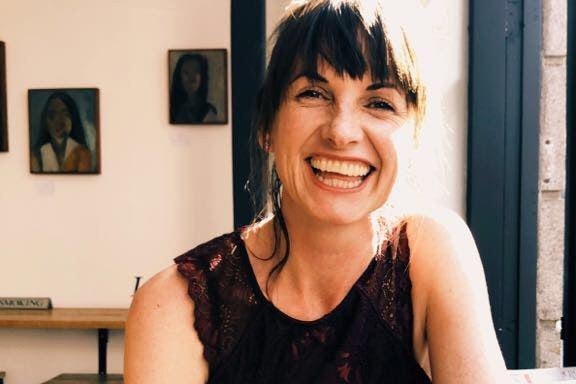 Who has the power?

Think about the young people that you work with, and the neighbourhood in which you work. Who are the individuals or groups with the most or least power and status? It might seem odd to think about teenagers having any real power, but power dynamics are at play in all communities. Have you ever thought about those dynamics when you have tried to reach out or make peace in any way (it might be teenage girls who have fallen out, it might be whole ethnic groups who hold each other at arms length)?

Jesus, you have borne the true and full cost of our division, hatred, injustice and pride, and you have not turned back. Open our eyes to see more fully the ways in which we have ignored and allowed injustice, holding on to our own power and privilege. Help us find the courage to follow where you lead, in laying aside our status and riches in order to work for something infinitely more wonderful for everyone. Amen.

The power of forgiveness

Seeking peace for everyone

Encounters that change us

The cost of peace