“The road to be walked was yours”

Is Joseph a character you've thought about before? He disappears from the Gospels during Jesus' childhood and often remains nothing more than a background figure in the stories. In a traditional, patriarchal culture it is unusual for the father of a family to be dwarfed by his wife and child - but then, his wasn't exactly a traditional family.

Poet Denis Adide has chosen to explore imaginatively Joseph's experience, and invites us to consider the cost he paid when he chose to do what God asked of him. He could never have known what that act of obedience would lead to - what joy and love would open up as he parented the son of God - and what sorrow, grief and impotence would also be his. As youthworkers, we too are invited into a story where we will experience great love and joy through the young people we lead; but our powers are limited, and there is also, inevitably, a cost.

The words chimed on the wind like a soft breathed whisper,

what thoughts it triggered weren’t new but old,

untold and not faced since we first visited the city:

“Rising and falling of many…”

Sustained they were by a heartache fore-felt,

despite valiant efforts to forget,

and the unfulfilled thirst to whisk you away

I did it before once,

when the drums were rolled

and chariots scolded the roads to us;

when spears were wielded

I knew then we had to flee

I saw it, I saw it as I was sweeping,

which mixed with my weeping made for a somber evening.

My work was finished,

The table was made:

smooth and with carvings overlaid.

What remained were the three nails

nestled together at the centre

I beheld the sight

and the old fright gripped me to the core

you were mine but always more

and the road to be walked was yours -

For a while my days were made hollow.

and skies coloured by mourning eyes:

The seconds for my pleading still wouldn’t relent,

you were, in my weeping: the son I couldn’t protect;

you were, for my keeping: the Son I couldn’t reject;

the one my heart could not forget

nor eyes evade when the time came.

And come the time surely would,

so said the whispers,

and the wood that perfectly still -

though the days moved -

before me perfectly stood.

The words chimed on the wind like a soft breathed whisper,

then lingered lazy - full of as much meaning as a seaside sunset:

three nails, and my little lamb on the table laid.

Softly said with an exhale

so that I would know that my failing

was simultaneously also my hope

and though I grope at strength to save you

what I need do is repent.

Son I love you,

so when comes the prophets day,

and your flesh succumbs to the slightest decay,

it wont be dismay but heartache…

On the eighth day, when it was time to circumcise the child, he was named Jesus, the name the angel had given him before he was conceived.

Now there was a man in Jerusalem called Simeon, who was righteous and devout. He was waiting for the consolation of Israel, and the Holy Spirit was on him. It had been revealed to him by the Holy Spirit that he would not die before he had seen the Lord’s Messiah. Moved by the Spirit, he went into the temple courts. When the parents brought in the child Jesus to do for him what the custom of the Law required, Simeon took him in his arms and praised God, saying: ‘Sovereign Lord, as you have promised,

you may now dismiss your servant in peace.
For my eyes have seen your salvation,
which you have prepared in the sight of all nations:
a light for revelation to the Gentiles,
and the glory of your people Israel.’

The child’s father and mother marvelled at what was said about him. Then Simeon blessed them and said to Mary, his mother: ‘This child is destined to cause the falling and rising of many in Israel, and to be a sign that will be spoken against, so that the thoughts of many hearts will be revealed. And a sword will pierce your own soul too.’ 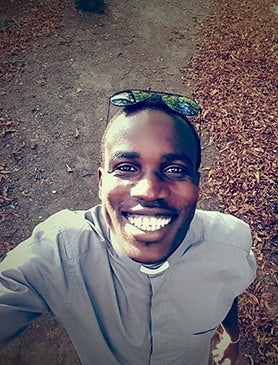 What has following Jesus cost you?

We never know for sure what pain and challenge are headed our way. In the time that you have followed Jesus, have you been surprised at what it has cost you? Take some time to reflect on those things you didn't know would be asked of you when you decided to follow God.

One of the biggest costs to following God, for Joseph, was not being able to intervene and protect his son from the authorities and from his chosen path. Love and pain are, of course, initimately linked, because when we choose to love we become vulnerable to pain. Take some time to reflect on the young people you love, and the things you wish you could protect them from. Spend time praying for them and surrendering them to God.

My spirit, it aches from the living

You are worried and upset about many things

Grief in all its fullness

You are God and we are not