Last week we asked you some questions for the Thursday 3x3 a way to take the temperature of the youth ministry community during the Coronavirus pandemic. Every Thursday at 3pm we will ask three questions which will take you no more than three minutes to answer.

It was another quiet week, thanks to Easter so thank you to the 57 people who answered our questions. Remember, these may give us a flavour of what is happening, but the sample is not representative of the wider Christian youth work tribe so we shouldn’t assume that they apply to everyone!

We presented a non-comprehensive list of issues young people might be facing during lock-down and asked you whether you knew young people were facing this, were concerned they might be, didn’t think it was an issue or just didn’t know. You could choose more than one answer. The absolute figures are presented rather than percentages (because SurveyMonkey seems unable to do this today).

80% said they knew young people were experiencing boredom, while 68% highlighted anxiety and 67% poor sleep. Mental health has been highlighted as a potentially key issue for youth workers to respond to, and that is reflected here. It’s interesting that 56% are concerned about young people’s use of technology (too broad a concept really), but only 32% know this is actually an issue. Perhaps this is a reflection of this being difficult to gauge – do we ask young people themselves how they feel about their use of technology? There is a similar pattern when it comes to self-harm – more concern than known harm. 95% said that loneliness was either a known issue, or something they were concerned young people were experiencing, and 42% said they knew young people who had family members with COVID-19.

It is interesting to look at what shows up at the bottom of the list too. There is concern that young people will be increasingly likely to be victims of exploitation, bullying or domestic violence during the lockdown, but most of our respondents either said this wasn’t an issue or they didn’t know if it was. Do we know how to spot the signs, if this was happening to a young person? Finally, two-thirds said that ‘not enough food’ wasn’t likely to be an issue for young people they supported, with only 7% highlighting that this was a known problem. 2. ONLINE CHURCH AND YOUNG PEOPLE: THE ACTION IS NOT ON SUNDAY

Many of us will have experienced multiple weeks of online church services by now, so we asked, ‘What’s that like?’ You mentioned a range of things, which together reflect the theology, culture and model of church gatherings, and how these continue as they ever were or might be re-shaped through online tools. I’ve highlighted some key themes and summarised what you told us within each – prioritising what we can learn about young people’s engagement.

Most churches referenced here seem to be taking a pick n’ mix approach to the platforms they are using for online church services. At one end of the spectrum, some are exclusively pre-recording and broadcasting the service on YouTube while others are running highly interactive gatherings using Zoom (games, discussion, readings). But in-between are the many who told us that talks and worship tended to be pre-recorded or broadcast live on a Sunday, while chat boxes or WhatsApp groups are open for prayer/feedback or chat before/after or during services, and activities for children emailed in advance to families. The quotes below are illustrative of the broadcast approach, the interactive approach and the pick n’ mix approach, in turn.

“My church is recording it in an empty church with just the minister.”

“We all have the same material emailed/posted and some do it in their households, some ring others to go through it, others zoom, and the families with little kids are all on a Skype call.”

“We have a mix of the live-streamed vicar and pre-recorded worship prayers etc. With an active church WhatsApp group during which includes photos being sent in which are inserted into the service.”

It’s not necessarily the case that a pre-recorded service means fewer people being involved but in some cases, the type of platform and level of participation seem to be aligned. There were certainly some people who felt that ‘broadcast’ services were less engaging for young people but were positive about Zoom services being shorter, more diverse and more participative.

Still, when it comes to Sunday services, the general sense was that they aren’t youth-friendly enough, and that as a result youth workers are leaning more heavily on supplementing these services with sessions straight after the Sunday service, at other times in the week (online youth groups), and with contact using other platforms (see week 1). Of those who mentioned young people specifically in relation to Sunday services, 14 of the 22 comments were negative, with only two being positive about the impact that moving online was having.

“No real provision for young people - even though we've asked for it. Church leaders seem blindsided by this, and are just focusing on their 'core flock’.”

“Young people are on the whole not engaging - think this may be down to digital fatigue, no encouragement from parents, engaging in other forms of video interaction from the youth ministry primarily.”

There were equal numbers of positive and negative comments about online church from youth workers themselves. While some people find it alienating, others are grateful for the connection. Perhaps this quote sums up the challenges for youth workers.

“Great for the adults! Not so much for the kids and youth. We have 'news slots' where I'm (the employed youth worker) sharing updates about the youth, such as "We met on Zoom for games on Wednesday". The youth and children’s team are taking it in turns to do an 'all age talk', as we would do in 'normal church', but that's like 2 mins of engaging content. Youth are getting bored or just not coming at all. Don't know what to do about that.”

Four weeks into lockdown we asked you to tell us up to three things that you’ve been doing differently in your youth work/ministry that you would like to continue doing when this period is over. Of course, the jury’s out on what ‘over’ means, but you get the idea. This one feels perhaps most important of all, so although this is a very quick analysis of your answers, I hope we can revisit this question again.

See you next Thursday

Thanks to those who took part. Why not put Thursday 3pm in your diary and head over to the Coronavirus liveblog blog each week to take part yourself? 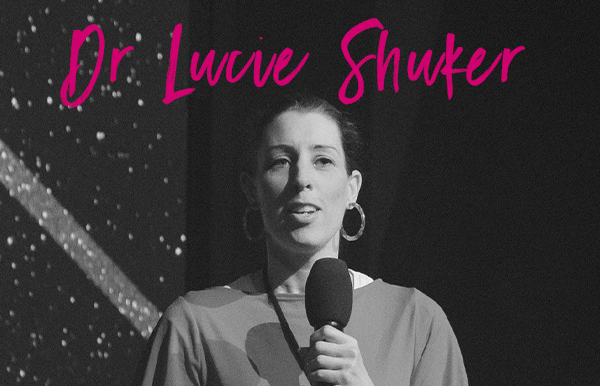