In December 2016 Comres surveyed a representative sample of 2000 11-18 year-olds in the UK. Their religious affiliation was as follows:

Of the young people sampled, 13% were ‘practising Christians’ (attend church once a month, and read the Bible and pray once a week), with 21% self-identifying as ‘active Christians’. This statistic was reported in the National Press and Christian media outlets, given the high percentage of young people identifying as Christian and practising Christian. The research also found that 37% of the young people believed in the resurrection, and that 1 in 6 of the non-Christians sampled would be interested in knowing more about Jesus.

The full report is available here.

It would be fair to say that this research raised a few eyebrows, both within the youth ministry community and way beyond it. Even the team that commissioned it have admitted their surprise at the sheer number of young people who were apparently prepared to identify either as Christians or Jesus-followers. My instinctive reaction was a little ungracious: it seems absolutely clear to me that 13% of young people are not practicing Christians, and that even more on top of that are not ‘active followers of Jesus’. If they were, surely our youth groups and our churches would be overflowing, rather than shrinking. Once you do the maths in a particular town – even in the more ‘Bible belt’ areas of the UK, the figures just don’t tally with the churches' experience on the ground.

On reflection though, I wonder if the research could possibly be indicating a phenomenon that those of us in the more evangelical wings of the church hadn’t really anticipated. What if there’s a whole huge group of young people who feel a connection to Jesus, but not to the church. What if all those school assemblies and cultural mentions of Jesus haven’t gone un-noticed, it’s just that teenagers aren’t choosing to process them through us? It could be that this research has inadvertently uncovered a large group of young people who wouldn’t show up on our usual radars, but are privately, deeply connected to Jesus. If that’s the case – and it’s a big ‘if’ – then there are some profound implications for youth ministry, perhaps most prominently including an imperative to get out of our buildings and start meeting young people’s spiritual needs where they’re at, including school.

That said, perhaps the most obvious reading of this research is that the young people surveyed simply misunderstood the question. Perhaps instead the results reveal the last gasps of Christian nominalism among young people. Even so, those interviewed still showed a surprising and encouraging receptivity to Christian evangelism. At least 1 in 6 young people were interested in finding out more about Jesus, or having a spiritual experience, which means that if we can only find them, there are plenty of teenagers out there just waiting for us to share the Christian message with us; in fact they actually welcome us doing so.

It might be imperfect, but the Talking Jesus research has certainly got people talking about reaching teenagers again, and if it manages to restore a little bit of confidence in the church’s ability to do so, then it’s certainly not without merit. The lingering question remains though: what are those top line figures really telling us? 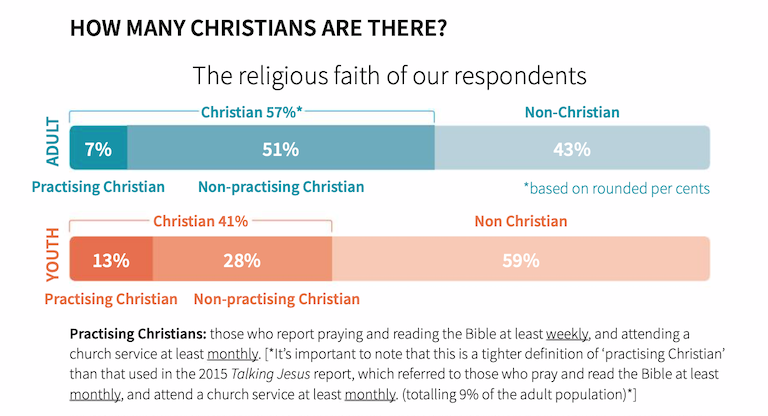 Tonight I found myself sobbing over the washing-up because during the day my youth worker husband led two 19 year-old guys to Jesus. They literally prayed the prayer in the park. Jase didn’t know them from before. He just connected with them and asked ‘do you ever pray?’ and it went from there. Quickly. Into a place of honesty and decision. Jase came home a bit sun-scorched and totally bowled over.

What was that? What happens now? (Don’t worry, that’s in hand!) In my line work, it’s often comments about sex that raise eye-brows, so I’ve quite enjoyed the hub bub generated around whether young people telling us via a survey that they’re serious about following Jesus is really that, or something else. And what might that something-else be?

I think it matters hugely that we have a church-wide conversation about how we talk with teens about Jesus, because I’m not sure we’re doing it all that much, and deep down this feel like a sadness, an ache. As questioning as we may be about the results, it tells us that young people are more hungry than we think, whatever state that hunger takes (a little peckish for a taste of faith or totally famished for a total life transfusion). And we’ve got to stop believing the negative hype that young people are so secularised that the divine isn’t ever on their radar.

I defer to my learned friends to explore the role of gathering and interpreting evidence from surveys, but as a youth worker it’s made me re-think some of the assumptions I’m making about all the young people I’m working with. Am I holding back from sharing Jesus with the girl’s in gangs because I’m seeking to honour the space we’re creating, knowing full well that Jesus is present and doesn’t need to be name dropped to be powerful? Or because I’m terrified of losing funding or sounding stupid? Am I making the right assumptions about what teenager’s attendance to my sunday morning youth group is saying about their self-identity as a christian? Am I right in assuming that the Hindu non-binary young person in my drop-in isn’t interested in one of our late night worship events at church?

Rico Tice talks about how in every relationship with someone we’re seeking to draw closer to Jesus, there comes a painful point of decision. The response will either be hunger or hostility. I wonder if in youth ministry we’ve lost confidence in how we would handle either. After all, it’s not just our young people who don’t do uncomfortable well.

Research plays an important part in sharpening our focus and shaping our strategies. I hope this piece of research inspires us to take more risks in talking Jesus with this generation. However. Wherever. Whenever. 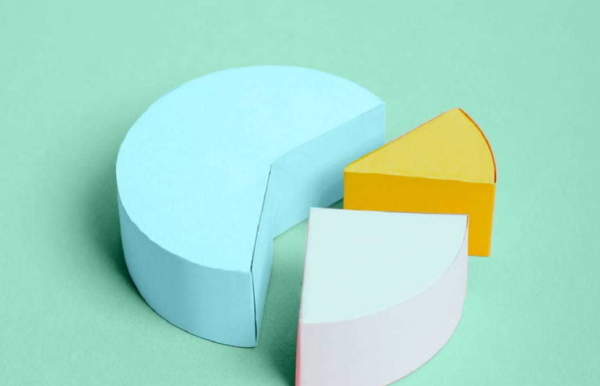