This survey series provides England’s best source of data on trends in child mental health, and follows surveys carried out in 1999 and 2004, meaning we now have comparable data for 5 to 15-year-olds living in England across three decades. The 2017 survey spans the transition into adulthood by covering 17 to 19-year-olds for the first time.

Pick up on the first part of Jo and Lucie’s conversation here, and you can read the full report at the NHS website.

Lucie: So Jo, what did you read in this report that was interesting in light of your work?

Jo: I think one of the main factors for me was around boys. So, the report says that 17-19-year-old girls are more than twice as likely as boys to have any disorder, and almost three times more likely than boys the same age to have an emotional disorder…I find that fascinating when we look at UK male suicide rates, because they’ve increased in the 20-25 bracket but they’re the highest in men over 40/45. What that says to me is that from a very young age boys are not talking about their emotional struggles and suppressing and suppressing until they cannot manage any longer.

Lucie: ‘So you’re thinking that the emotional disorder rates are lower among boys because they didn’t tell the researchers what’s really going on? That’s often a risk with this kind of research, but the way they did this study was to interview young people, parents, and teachers, and ask them questions, framing it not as a mental health survey but a wellbeing survey. They asked them questions about whether they had experienced these symptoms in the last four weeks, and they then had somebody clinically rate those to asses them…It still assumes that young people will be honest, but even if they aren’t the researchers asked their parents and teachers as well. So, it’s pretty robust as these things go.’

Jo: ‘I don’t think boys are telling their parents or teachers, and I’m not sure they are always as self-aware as girls either, which might affect what they report?’

Lucie: ‘Yeah, that’s a possibility. There is also the ‘Health Behaviour in School Age Children’study from 2015, and I was just looking at Scottish data for that recently. That definitely showed a gender difference, not in the number of close friends young people have, but in how far they felt able to lean on them for emotional and practical support, which is higher in girls than in boys. So that would confirm what you’re saying. Even if disorder rates are lower for boys, I guess it’s the same point we were making before about autism – there are very real barriers to them getting the help they need, and perceptions of masculinity and mental health that don’t help.’

Jo: ‘And I think that’s very interesting, that actually girls from a very young age have worked out their safe places to talk, whereas boys are far less likely to. When we look at our work in Alumina, we definitely have three times as many girls as we do boys, but that’s not to say that boys aren’t struggling, but that boys aren’t going anywhere with it, which is more of a worry to me.’

Lucie: So we’ve talked a bit already about how the rates of emotional and other disorders have changed over the last 13 years and that, although the increase is less pronounced than we might have predicted, it’s still statistically significant. What that means is something meaningful is changing, this couldn’t have happened by chance. Something is changing in the conditions and lives of young people that is affecting these disorders. So what is that? And why the increase in emotional disorders in particular? I think in public conversation we put a lot of it down to the prevalence of smartphones…’

Jo: ‘Well that was interesting because this research found that only 79% of 11-19 year olds were using their phones every day and I honestly thought it would be something like 99.9 per cent!’

Lucie: ‘In the section of this report on social context, I thought it was interesting that almost one in five of young people in this huge survey were caring for others in some way, younger siblings or people in their family, although overall this research doesn’t show an association between caring responsibility and mental health disorders.

Jo: ‘I think if you look at the increase in cancer rates now in terms of carers or young people in a home where that’s part of the story, that’s putting a huge burden on young people.’

Lucie: ‘I wanted to also ask you about this stat: one in twenty 11-16 year olds, and one in seven 17-19 year olds had self-harmed at some point. Now the research that we did a couple of years ago with 16-24 year olds produced a much higher rate, almost 33-35 per cent. This is significantly lower…’

Jo: ‘Although they did say ‘had self-harmed or attempted suicide’…it’s interesting they put those together, they’re very different…’

Lucie: ‘Yes, it would be helpful if we could pull those apart. But even if we did, we’d expect to see higher numbers if we included those who had attempted one or the other – not lower numbers. There is a difference in age here – perhaps asking 16-24 year olds captures significantly more harming than asking 11-19 year olds.’

Jo: ‘Well, they did find that 5.5% of 11 to 16 year olds reported having self-harmed or attempted suicide at some point, and this was 15.4% of 17 to 19 year olds. So yes, perhaps rates continue to rise beyond 19. They did find that rates of self-harm, in girls were still twice that of boys in this study and that confirms what we’ve found before.

'The gender identity stats here are interesting: one in ten identify as lesbian, gay, bisexual or other. That’s a lot of young people, a huge percentage. And actually they’re identifying as that, but have they come out, what are their struggles behind that? That’s going to massively affect their mental and emotional wellbeing.’

Lucie: ‘And girls were more likely to identify as lesbian, gay, bisexual or other than boys (13.2% compared to 7.1%). Is it more socially acceptable for girls?’

Jo: ‘Yeah, I think there’s still a huge stigma around boys being gay.’

Lucie: ‘Let’s move on to quickly cover inequality as well. Children in lower income households are twice as likely to experience a mental disorder, which again really highlights the importance of what’s going on in young people’s lives. We don’t know exactly how those two issues are related, but surely efforts to address poverty and build all sorts of resilience will therefore impact rates of some kinds of mental disorder. If you’re a youth worker on an estate where you know people are experiencing the injustice of poverty, then you need to be doing mental health work, you need to be thinking about and having conversations about it.’

Jo: The one that also struck me with that is about young people living with a parent who struggles with poor mental health, so building that picture…If you’re living in an area where you know there’s a lot of financial struggle, and you know a child comes from a family where Dad has depression or Mum’s been self-harming, the odds for that child are hugely stacked against them. So the input needs to be greater. But actually I would imagine in a lot of those situations, there are fewer rather than more services, so actually the role of youth workers and others is even greater.’ 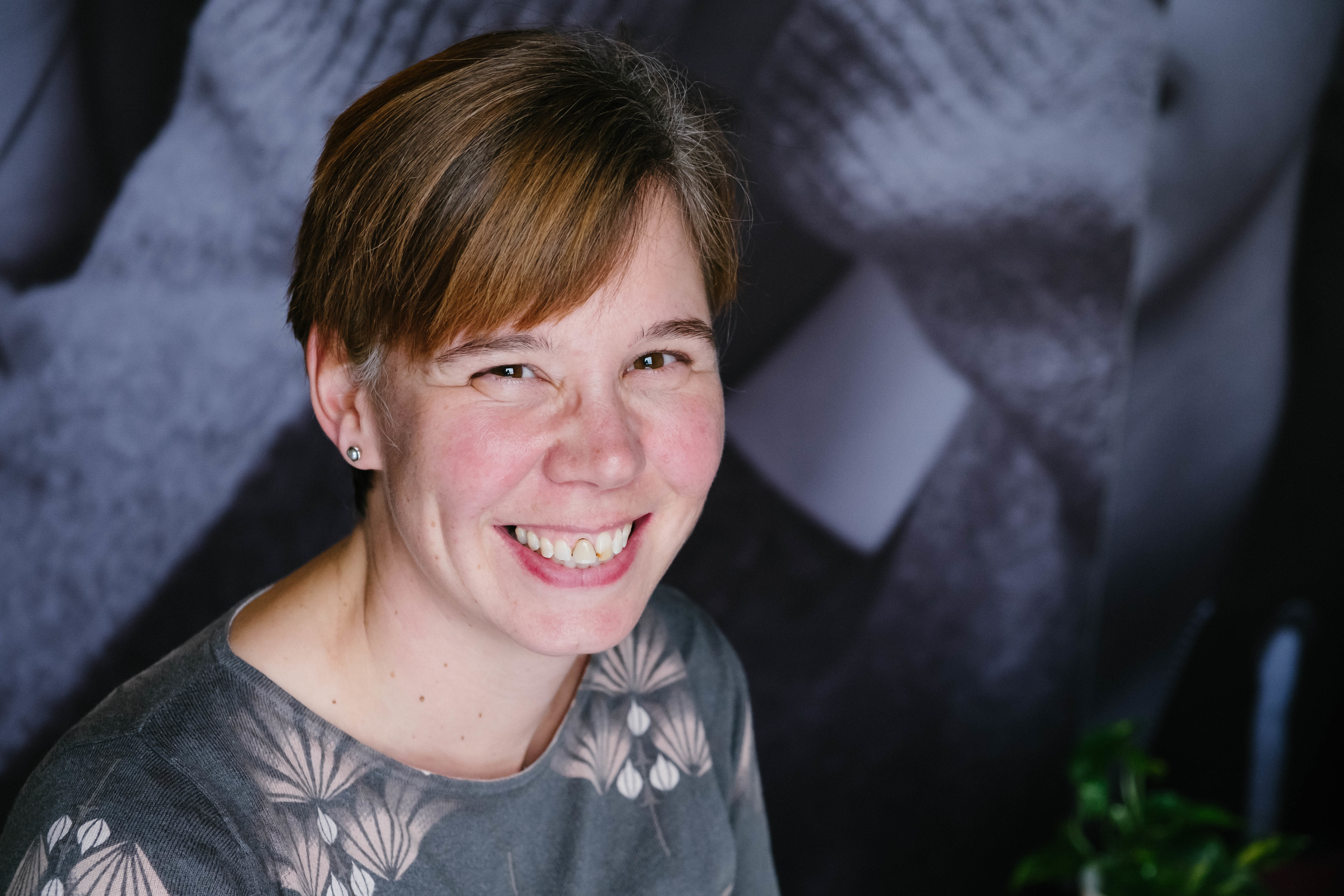 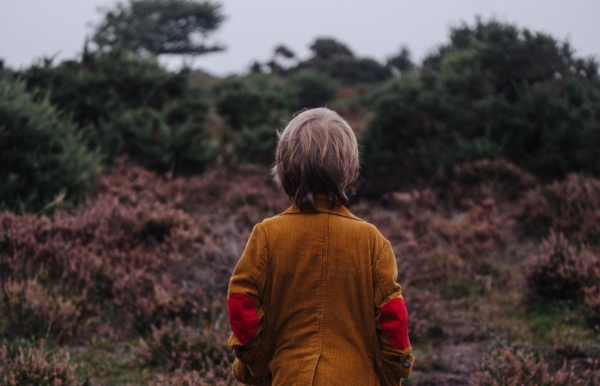 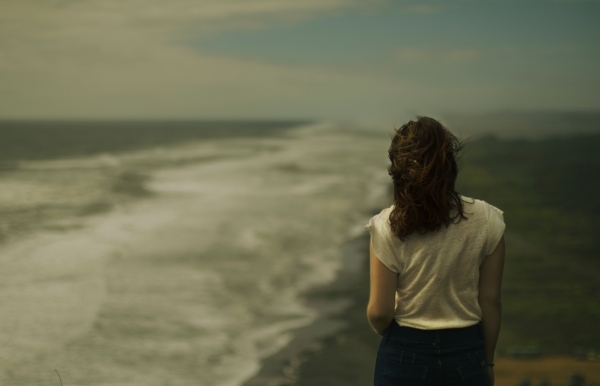 One in five young women in England have self-harmed – how can we help?