This is a transcription of Episode 168 of the Youthscape Podcast, where Rachel Gardner spoke with James Aidoo about youth ministry and racial justice, following on from Black Lives Matter protests across the world in response to the killing of George Floyd. It is lightly edited for clarity and length.

James Aidoo is an award-winning youth intervention practitioner with extensive experience in tackling some of the most complex issues related to youth engagement, behaviour for learning and team communication. He is the founder of Innerscope, a coaching company that exists to equip learners and leaders with advanced emotional intelligence while exploring themes such as, leadership, applied emotional intelligence, conflict resolution and team culture. Find out more here.

RACHEL GARDNER: James, how are you approaching what you’re hearing at the moment?

JAMES AIDOO: With regards to what I’m hearing with the George Floyd situation, I think to be fair there’s an element of giving space and time to process pain and hurt, and frustration and a sense of fatigue, I think this is all very important…I think there is definitely a sense of “how can we be presumably so far down the line and have issues like this still presiding in such a way, globally? So there’s definitely a frustration that is there and a anger, if I was to be honest, in terms of the way in which he was killed…ultimately, I think that’s to be processed through the lens of the fact that, Scripture says that “the same Spirit that rose Christ from the grave lives in us”, so I feel like the gospel hope, it moves one toward the trajectory of what does hope look like, what does redemption look like, what does restoration and reconciliation look like, in the midst of this particular conversation and this problem. So that’s where I’m at. Processing it, but then prayerfully moving towards “okay, in light of who Jesus is, in light of who I am in him, how would he have me respond in a way that honours God?”

RACHEL GARDNER: How can we as youth workers approach what we’re hearing?

JAMES AIDOO: If we’re looking at youth work in the Church, I think a helpful thing would be around your demographic basically, and the locality that you’re in. I think there’s some implications for churches that might be in a predominantly white area, in contrast to a multi-cultural area, and that being reflected in the youth ministry. If I was to think back for instance to where I was a youth minister in north London, Islington, I know that the demographic of the youth that I was serving in the church, to be fair it was…mixed, there was a strong demographic of young black boys. If I was still there now, I’d be thinking about how do I create prayerful spaces where young people can process where they’re at?

I’d be probably thinking about doing a youth session related to…it’s like the lament psalms isn’t it? You know, we see in the lament psalms where they start off with a trajectory of frustration, and anger, and lament, but often times they don’t end there…they find themselves orienting towards praise. I would probably think “okay how can I create spaces for young people to lament?” But then also to look to the hopes we have in Christ that transcend some of the tragedies we’re having to contend with. But creating quite honest spaces where they can process this would be a key thing.

Funnily enough I just got off the phone earlier on to a friend who leads a youth ministry in west London, in a predominantly white area, and he was asking me , “James, how do we respond?” I was just encouraging them around the role of prayer, I think its deeply significant. But praying with a heart: “how might God be calling us to respond?” I think what’s interesting is when we look at things that have taken place, it definitely brings up “what has the Church’s role been in regard to race relations?”, and unfortunately in some instances we find that actually the Church’s role hasn’t been as admirable as we would want, in fact sometimes it’s moved from compliance to being actively involved.

So when I had the conversation with my friend, I was encouraging him to think about praying into what it would look like for the Lord to use him and his ministry to pioneer a new narrative for the Church’s role in relation to this conversation. Unfortunately, there’s many church denominations that have a very horrid history when it comes to race relations, whether that be some wings of the Baptist church or the Anglican church…and this is a significant part of the conversation, I don’t think it can be skipped over in all honesty, but then quite equally there’s still always gonna be the pressing question of “in light of that, what do we do now?” And I think actually as hard as it is, there is still an opportunity for youth minsters, and for young people, to prayerfully seek God and say “Lord, how do we carve a new groove that it looks more like the kingdom of heaven touching earth, and genuinely praying into that.”

RACHEL GARDNER: What are some of the pitfalls that you would love to see the Church, and particularly Christian youth workers, avoid?

JAMES AIDOO: The first one I’d go for is around tokenism. I think with tokenism a very helpful antidote is accountability. Literally asking yourself a month from now, "what have you done since the last time we had a conversation?" What have we done since the last time since we had a prayer meeting…you can literally delegate it to someone in the youth group and their role for the foreseeable future is, every other month or every other week or once a month, they say “guys, remember there was a time we were really enlivened about this particular issue – what have we done since?” I think literally recording that will paint a picture of where the level of commitment actually is. And it’s not to be done to condemn but it paints a very real picture of “are we actually doing what we’re saying we’re about?”

We were doing a series on Nehemiah and I came across a pithy quote, that “He didn’t act without praying and he didn’t pray without acting.” I think that notion is quite a helpful one to hold.

In terms of pitfalls…I think a key thing…is the disposition of a learner, so going into spaces with a heart of “I wanna learn”. It would be great to just listen…similar to what you’re doing, creating spaces where narratives can be heard, can allow opportunities for potential solutions to be identified so I think that’s a really key one. But I think a key thing really: prayer. I genuinely do believe prayer is key, and listening to actual people that are affected by some of these issues. And just seeking the Lord, as to, “are you calling us to actively respond to this?”

And then that ties into another thing that I’m quite intentional about, I think it’s very important for youth ministries to theologically reflect – “should we actually care about this?” It can literally be, laying out the facts of what took place, and asking a youth group, “what do you think Jesus thinks about this, and why?” And what you’ve got there is theological reflection about a very important contextual issue. So literally I think, encouraging the church, encouraging youth ministries, to theologically reflect on these issues and ask themselves: “so what am I called to do then?” I think that would definitely help around the potential pitfalls of apathy.

RACHEL GARDNER: What for you, as you look across a really messed up world at the moment…what are the signs of hope?

JAMES AIDOO: I think there’s opportunities. So when I was studying theology, I came across a particular missiologist called Timothy Tennent. And he said his hope…is that as a church, we expand what he called our ‘ecclesiastical cartography’. That was just like a really snazzy way of saying, our scope, basically, and I think there’s an opportunity for youth ministers to bring in theological reflections from the global church. When I was a community minister in west London, we had someone on the team that had planted 200 churches in India. Absolute legend. And had gone through so much, and had so much to offer, he had so much to bring. One of the most talented and gifted evangelists I knew was a local boy from Hounslow, and he had so much to offer.

So I think actually the signs of hope I see is the opportunities that are there for youth ministers to expand the theological and the cultural representation of how we do what we do, and I think in doing so there’s an opportunity in a sense for the younger generation to even serve as a prophetic witness to the wider generation, so that I think that I definitely see as a sign of hope.

I think a key thing is that we thank God for the Holy Spirit. Actually, as the Lord has sent his Spirit, and he’s sent us, it means that we, as the scripture says, we’re called to be ambassadors, so what does it look like to be these ministers of reconciliation, what does it mean to be ambassadors and prayerfully working that out? As we know, central to the faith, is the death, burial, and resurrection of Jesus Christ. Being a people that have this as an intrinsic element of our narrative, this has a bearing on the challenges that we see. We serve a risen saviour who conquered the grave, so I believe that he can conquer some of these divisions that we have constructed and created.

So, a prayerful church that has a soft heart that it can be moved and shaped by God…but a willingness to roll up their sleeves, a willingness to be a prophetic voice and not just be complicit and compliant with that which is conducive with corruption…that sort of church gives me hope. That gives me a lot of hope. The sort of church that says, “actually, how do I represent Christ well?” We’re not experts, but we wanna work this out, we wanna kneel, we wanna pray, and we wanna act. That for me is powerful, because it means it’s got a bearing as to when the Church gather, and it’s got a bearing as to when we scatter, and can truly be salt and light in this time.

You can listen to the rest of this podcast episode here. 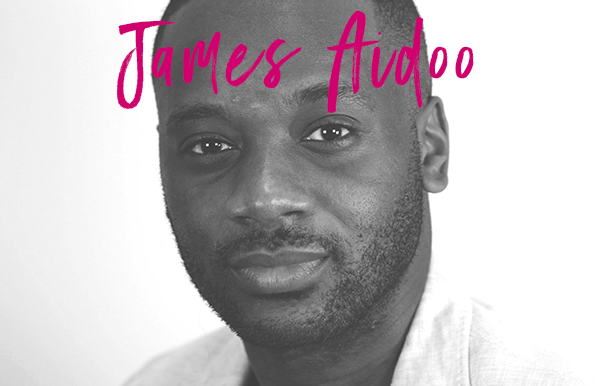 The Monday Report: Racism, conferences, and the return of face-to-face youth work