There may be no less compelling sentence that you could speak to a teenager, than “maybe you should look at your phone less.” For those of us whose job success somewhat depends on grabbing and maintaining teenage attention, the idea that young people might willingly limit or adapt their smartphone use seems like the most wishful of thinking. Some teens describe their phone as being like an extra limb; others are less aware of, but no less vulnerable to, an addiction to likes, pings and notifications. As much as the luddites in the older generations might wish we could turn back time, phones, apps and social media are now embedded at the very heart of teenage life, and for a while now it has seemed like nothing can stop their relentless march toward greater and greater domination of teenagers’ time.

Suddenly though, a different kind of conversation is taking place, not just led by the older generation and the tech-skeptics, but by the very Silicon Valley executives who pioneered these devices and their software in the first place. It’s a conversation that has piqued the interest of young people, and one to which they are rapidly adding their voices. And somewhat ironically, this new debate is being provoked by one of the very worst devourers of young people’s waking hours (and a few more when they really should have gone to bed): through a documentary film produced and distributed by Netflix.

The Social Dilemma has hovered near the very top of Netflix’s charts in almost every country in which it operates, since it was released on the 9th of September. At time of writing it’s the no.2 choice (because no-one can compete with Enola Holmes right now) in countries as diverse as Peru, Jordan, Russia and Australia. It’s in the top 10 everywhere else. A fairly low-budget documentary film which mainly features programmers and marketeers talking to camera, is the talk of the world. Once you see it, you’ll understand why, but you’ll also probably feel a mix of surprise and fascination that the film has created such a stir among young people.

We are the product

It takes a little while to understand exactly what The Social Dilemma is trying to be. Interspersed alongside the main and familiar thread of talking-head interviews with industry insiders spilling the beans on the motivations of Silicon Valley, there’s also a recurring dramatised story which illustrates the world’s current obsession with hand-held technology. In this second storyline, a typical, middle-class American family navigates the perils of school, social lives and failed attempts to eat meals together while constantly reaching for the devices to which they’re so addicted. Then a third narrative stream gives us an insight into the way in which one of those characters – the teenage son – is manipulated by his social media accounts, as three Inside-Out style characters in an imagined control room deep in the bowels of a gigantic server try to work out how to keep him looking constantly at his phone. So it’s part doc, part realistic drama, and part sci-fi story; a fittingly innovative approach, given the subject matter.

All three threads weave together to make the same, deeply troubling points. Overwhelmingly this is a warning that something is very wrong at the heart of the global tech industry, coming to us from people who understand exactly how it works. We’re all familiar with concerns about too much screen time, the possible effects of video-game violence and the addictiveness of the social media ‘like’, but this takes things much further. A growing group of experts believe that social media companies are driving unhealthy behaviours in the entire online population of the world, because by doing so they make money. Not only that, but they’re using practices with deeply questionable ethics to store, sell and utilise our data in the pursuit of advertising profit. At one point, the renowned ‘father of virtual reality’ Jaron Lanier sums up the problem in a neat but disturbing phrase: “if you’re not paying for a product [online], then you are the product.” We think we’re using our smartphones, but the film makes a strong argument that really they’re using us. If you’re anything like me, you will have deleted half the apps on your phone by the time the credits roll. Yet the question still persists: why is this film striking such a chord among young people? When teenagers are so attached to their devices, why on earth would they want to engage with the idea that the apps they love might be bad for them?

Part of the answer lies in the authority of the voices here. Tristan Harris, who gets the most screen time in the interviews, made his name at Google; the other talking heads include entrepreneurs and programmers who were involved in the critical development phases of Instagram, Pinterest, Facebook and Twitter. Critics might question the ethics of a group of (overwhelmingly white, male) people who have already made millions from Silicon Valley choosing now to bite the hand that once fed them, but their words ring true because ultimately we know they’ve seen all of this from the inside. The average youth pastor couldn’t hope to get a young person questioning their smartphone use in the way that a genius who helped design Instagram can.

Perhaps there’s also an element of perfect timing. The documentary started filming long before the Covid-19 pandemic hit full swing, but makes enough reference to it that it avoids feeling dated. Over the course of 2020, young people have for the first time been forced to increase their screen time by the same adults who had previously tried vainly to limit it. They’ve done lessons through screens, met socially through screens – even had to attend churches, clubs and youth groups via online technology. Any attempts to achieve a healthy online/offline balance have been swamped by a wave of necessity. And now, as all of us rely on our smartphones and other devices perhaps more than ever, it’s become natural to ask deeper questions about just how healthy they are.

The film-makers and their subjects repeatedly state that they’re looking to ‘start a conversation’ about the ethics of social media. Given how many young people are currently engaging with The Social Dilemma, this could certainly be a gauntlet for youth leaders to pick up. Many young people have already watched the film, but I think we should be encouraging those who haven’t to give it a try. Some of us might even want to suggest holding a whole group or co-ordinated viewing, to be followed up by a discussion time. If you do that, here are a few starter questions to get you going:

You can’t predict how young people will respond to the film of course, nor should you attempt to force their thinking. I’ve talked with teenagers who think the whole film is Netflix’s version of fake news – liberal scaremongering featuring a host of interviewees with snazzy job titles who they’d previously never heard of (so why should they listen now?). Others have taken those same interviewees at their word, and immediately begun paring down their online social lives. It is a film that’s guaranteed to provoke a reaction and a debate, and given how unscrutinised the tech companies march to global domination has been, that can only be a good thing. The bottom line: young people are much more likely to rethink their use of technology if we expose them to a bit of this reality, rather than simply telling them to put their phones away.

The call of simplicity

It seems quite remarkable now that in the months leading up to March 2020, the one topic causing a stir in Christian leadership circles was the urgent need to rest. Thanks to John Mark Comer’s world-conquering book The Ruthless Elimination of Hurry, the ancient spiritual disciplines of sabbath, silence and simplicity were already becoming fashionable again. Even before we were forced to slow down, we’d begun to recognise the urgent need to do so in the face of TheRelentless Proliferation of Technology (John Mark, you can have that sequel suggestion for free).

It’s not a new thought, but in a world of dysfunctional, distraction-based technology, one of the most powerful offers that the Christian faith can make is simply to be still. In recent years Mark Yaconelli and others have argued that the antidote to overwhelming busyness in the lives of young people is the offer of peace, comfort and belonging that young people can find in prayer and quiet contemplation. I wonder if we’re sometimes a little scared to make that offer, but in my experience over the past six months, it has been exactly this sort of invitation which has grabbed the imagination of young people, far more than the latest Zoom-based gathering or YouTube-enabled performance.

Many if not most young people are utterly entranced by their phones, and one of the greatest tricks that technology pulls is convincing you that it’s good for you. Drugs and other addictions do something very similar. The Social Dilemma has the potential to unhook young people from that illusion (comparisons with sci-fi movie The Matrix are well-founded). As the Church, we have some pretty compelling alternatives to offer young people, from genuine friendship, and a place to belong, to an opportunity to rest your brain and detox from all the constant distraction. As young people everywhere ask if the devices at the centre of their lives are good for them, we have a chance to point them to a life and an adventure that is so much more healthy and fulfilling. 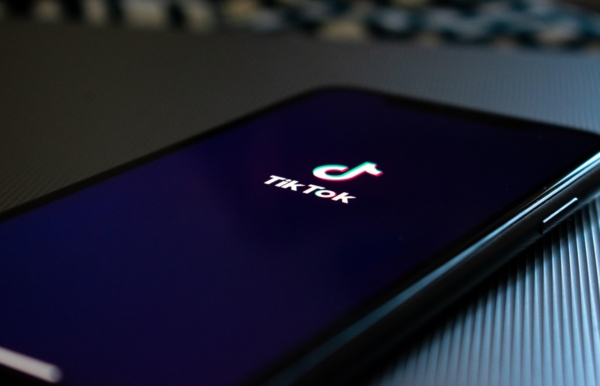 TikTok trauma: Live-streamed suicide and the power of teenage curiosity 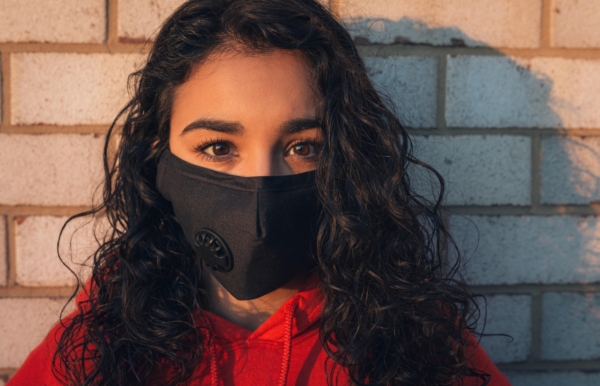 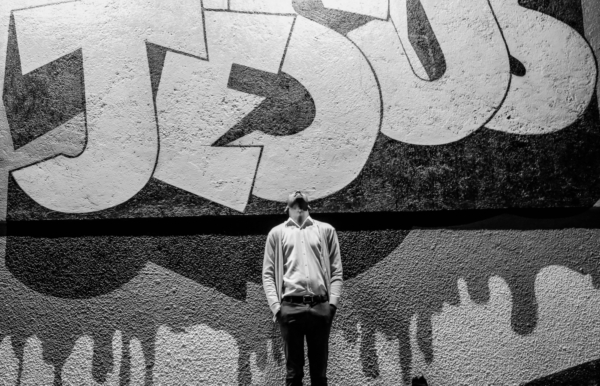 Online discipleship for the new normal: Together Apart returns 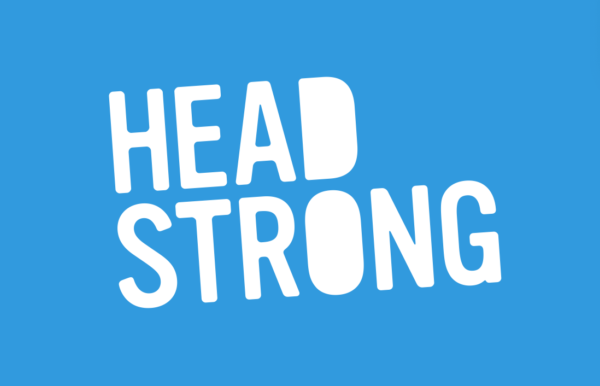 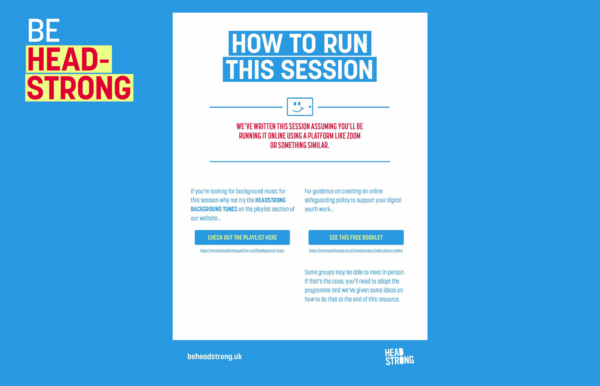 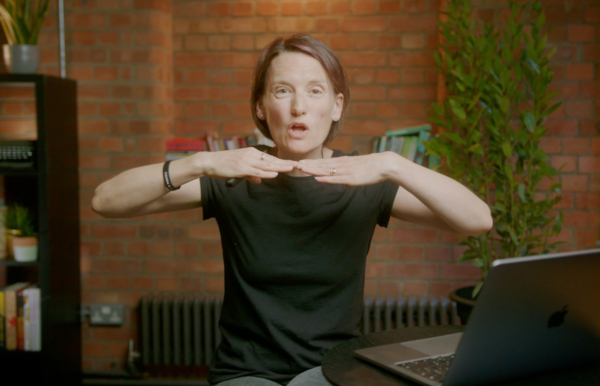