Love is always the prize.

If lockdown is teaching us anything, it’s that human connection is vital for human flourishing. And although social distancing isn't a social experiment, we can’t help but feel we’re in some giant laboratory as the world is divided between those who carry the burden of no human contact and those who feel overwhelmed by not being able to escape. it. What will this do to us? What is this doing to us?

As if we hadn’t overdosed already on TV efforts to cram human guinea pigs into a lockdown situation to see how they behave (or better still for viewing figures don’t behave) here comes Netflix's take on ‘Love Island’: Too Hot to Handle?

It’s sand, sea, surf and sexy young people. So far so familiar. But wait. There’s a twist. After only 12 hours on the Island, the horny-housemates are told that they stand to win £100k, but only if everyone forgoes sex (which includes kissing, sexual touching and masturbation). The lockdown for them isn't just social distancing; it’s a lockdown on all sexual activity. Just like we’re currently forced to grade our daily outings, ‘Does popping to Sainsbury’s local for a Magnum ice-cream really count as an essential journey?’ the contestants get to weigh up whether a snog by the pool is worth the forfeit of a plummet in the prize money.

It’s car-crash TV at its finest. It’s undiluted tribe mentality at its worst. It’s a world without God where instinct rules. It’s gratuitously watchable... and I can’t stop watching it.

And neither can the young people I work with. Well, not all of them. Some of them love it and some of them hate it. And those who love it don’t get why others are being so ‘judgey’ about it. And those who hate it can’t understand why some people are wasting so many hours on it (seems the tribe mentality is alive and kicking in my youth group too)!

"I don’t watch it because they’re just not real!" protested a 17-year-old. "They’re acting to type. It’s like a perception of who people think they should be and I don’t get it. I mean, I get that it’s going against thinks like Love Island with the no sex thing. But I’m not interested in them trying not to have sex, I know what that’s like already and don’t need them to tell me!" Somehow knowing who to call to get these responses proves the point about the tribe mentality - and that’s something to pay attention to. There are some great conversations for our times to be sparked from a series like this about the impact of our actions on other people and what makes for deeper connections, but I wonder how adept all young people are at exploring these issues? They’re being formed by a society hooked on Tiktok, educated by Pornhub, where everyone is responsible for their own brand of happiness and having sex is as easy as a swipe right. Of course they know that what they see in Too Hot To Handle isn’t real... until they don’t. The need to be flawless and perfect certainly feels real. The gender stereotypes that males should be dominant and females unresisting isn’t limited to an Island in sexual-lockdown. These are complex times to be working out who you are. Knowing that a bunch of hotties aren’t really being themselves but playing a role, doesn’t help a young person who is unsure how to handle their own unique ordinariness.

And if you are a young person who’s choosing to abstain from sexual activity as an empowered choice, watching people older than you play right up to the margins of the rules might annoy the pants off you. Or it might offer a chance to be real about your own approach to boundaries. In a gorgeous piece to camera (this is why I can’t switch this thing off) 21-year-old Chloe says:

"We’re grading sex, right? I want the temptation. I want to test my limits, to test my boundaries. If anyone gets close I’ll be like, ‘Think of your Nan!"

This brings me to another thing lockdown is teaching us; that we can be made to do the right thing if our fear of being shamed is powerful enough.

We’re all living in a time of corporate hyper-vigilance and immense solidarity. We’ve got this new collective awareness of how our actions impact others. We feel policed by strict thoughts and ideas like never before, and amazingly most people (including young people) are compliant. A few days ago I was wondering why we’re not seeing more young people in the UK ‘flouting’ the social distancing rules. Since binge-watching Too Hot To Handle it’s dawned on me that maybe young people are the most likely to play by the rules when the distress of being shamed outweighs the pleasure of autonomy.

"You’ve been stupid," Kelz tells Harry after he admitted to kissing Francesca (although his take was that "she had kissed me, I was vulnerable." It’s the Garden of Eden all over again!), "and it cost us all £3,000. Don’t be stupid again."

This is why a bad theology of Christian sexual ethics and bad youth work practice in teaching it, is so damaging to young people. Because they really get it. They know what it feels like to be judged, isolated, rejected, to carry the collective shame for what they’ve done (or people think they’ve done) knowing full well that others have done something wrong too.

It’s not just on tropical islands that one person’s rule-breaking becomes the focal point for everyone’s frustration, anxiety and uncertainty. One mistake can label you for a long time, especially in some church communities. Little wonder that some young people react like the contestants; if you've been unfairly singled out for a small misdemeanour, you might as well go the whole hog. Oh, and that’s the other thing Harry says as he kisses Francesca, "We’ve already f*** up, we might as well do the whole lot." Sound familiar?

So what do we youth workers do with a programme like this? If you can, watch a bit of it. There are some interesting discussions to pull out of it, like;

You could draw attention to some of the myths that are being nicely bust wide open in the series, like the one that males need to have sex or their balls will fall off. You might want to draw out a discussion around some of the worrying ideas and behaviours on display, like if a girl wears a bikini, the guy she has just met can put his hands all over her body. Or that the pursuit of money removes any responsibility to the emotional wellbeing of other contestants. Or that when someone says: "Memories are worth more than £100k", they just want to get into your pants.

Whether you watch this show or not, lockdown is as good a time as any to invite young people you work with to consider the vision they have for their relationships and sexual health. A recent chat over the phone with an older teenager about phone sex was a good reminder that young people need to be heard and supported as they work these things out in a rapidly-shifting world. It’s worth tapping into our own stories of temptation, setting boundaries, breaking rules, feeling shame and finding grace.

When I was a student I remember chatting with a guy in the local pub who told me that "the fact you’re a Christian makes every guy in here want to sleep with you."

"Why?" I retorted, embarrassed to be feeling flattered by such blatant objectification, but liking it all the same.

"Because you’re not supposed to have sex are you? So you’re a conquest. You’re supposed to be one of those holier-than-thou people that don’t do anything."

"Then what can good Christian girls do?" he smirked.

Then a few weeks later a Christian guy I knew looked me up and down and told me that, "Guys might be on a diet but they still check out the menu."

"What does that mean?" I queried.

"I didn’t know I was," I mumbled. Embarrassed, yet again.

In fact, when it came to relationships, confusion and shame were my two closest friends during my early twenties. I also felt excitement, desire and despair, but mainly it was uncertainty around how I could be radically Christ’s and also free to be me that lay at the heart of most of my issues (that, and a weird obsession with the Spice Girls).

Scripture is full of wisdom for godly living, which means living a life that pleases God. In Colossians 1:10-12 Paul is praying for these young Christians to know the will of God so that they can live powerfully and effectively as Christ’s disciples. But for Paul this ‘knowing God’s will’ isn’t an immediate download. Paul is talking about the important work we do when we keep seeking God through his Word, his Spirit and other Christians.

It’s work that builds our power to resist temptation and choose freedom. We want to encourage and support young people to do the hard work of asking God to reveal to them God’s will for their relationships. What will happen is that as well as getting to know what they can do to honour God, they’ll also discover that they’re growing the spiritual muscles that will help them to live it out, whether they’re in lockdown, on a tropical island or at school.

My prayer for them is that as they come to know God not as a cosmic sex-cop, but as their eternal, endlessly loving Father, their response will be to ask, "What will my loving surrender to God look like today?"

After all, it’s not celibacy we’ve got in our sights. It’s life in all its fullness. 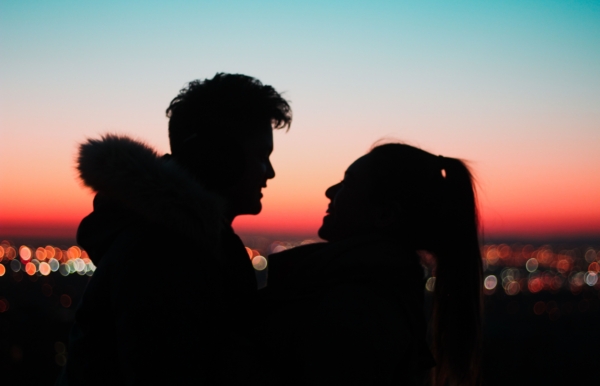 Romance Academy: we're on a break 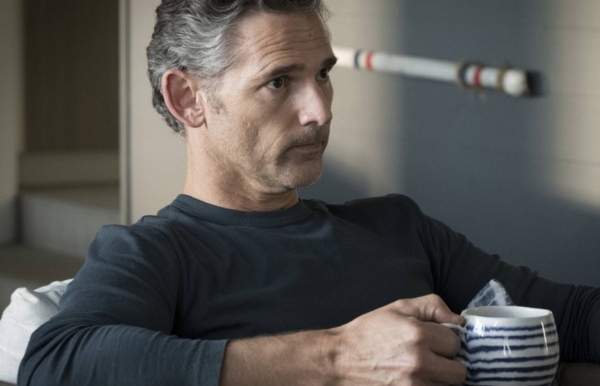 Domestic violence and Netflix’s ‘Dirty John’: What is Coercive Control? 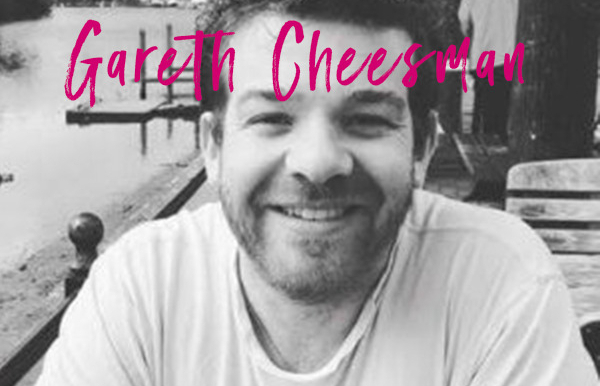 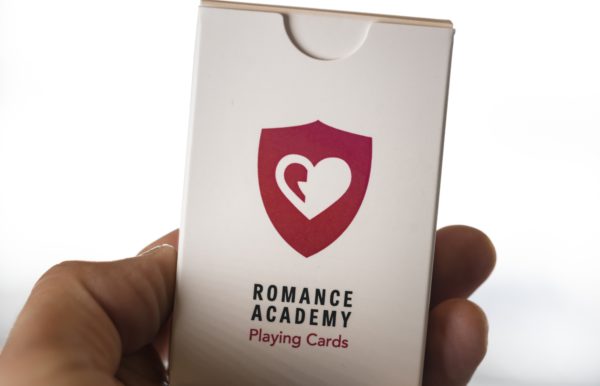 An ideal resource to facilitate healthy conversations around sex and relationships