The UNICEF Changing Childhood study explores the convergences and divergences between two generations, those aged 15-24 and people aged 40 and over. 21,000 people were surveyed across 21 countries (including the UK) ranging from high incomes countries to low incomes ones. We can’t isolate data on generational divides in the UK, except where the report indicates them, but this report provides an impression about the big picture for young people globally.

Social media was young people’s main source of information (45% listed it as a go-to source compared with 17% of older people). However, both generations agreed social media was the least trusted of a range of sources of information. Among those who rely on social media to stay informed, 17% of young people reported high levels of trust vs. 24% of older people, revealing that young people “…report low levels of trust in the information sources they use most.” (Report, page 66) Perhaps surprisingly, young people were more likely to trust national government as a source of information than older people were, and this divide was the greatest in the UK and Germany. Doctors, health care workers and scientists are highly trusted by both generations, which may reflect their prominence in the current pandemic. 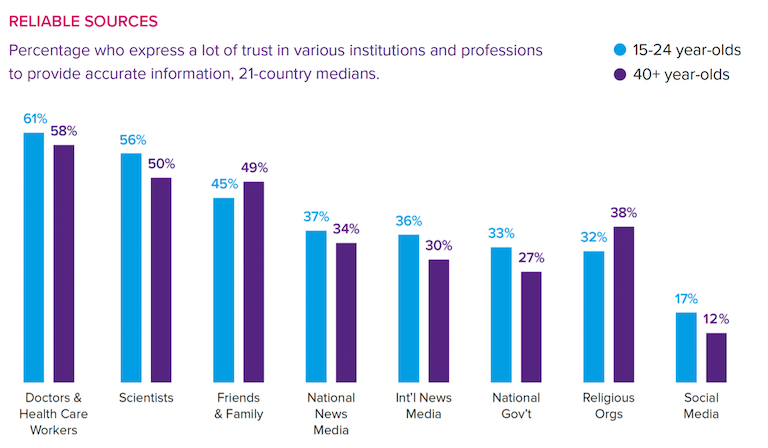 Shared concern for the climate and young people’s mental health

In contrast to popular opinion, the data suggests there is some generational convergence on climate change. Of those who were aware of and understand climate change, 86% of both age groups on average believed that humans can still reduce most of its effects. However, there remains ignorance across both groups – only 80% of young people across 21 nations had heard of climate change and only 56% who said they were aware could correctly identify what it is. On average the old fared no better here: 75% had heard of it and 53% identified it correctly. Things can only get better?

57% of young people said the world is becoming a better place with each new generation, compared with 39% of older people, and every year of age equalled a 1% decrease in the likelihood of believing the world is improving. Economic pessimism is a different story however, and is more acute in high income countries where young people are twice as likely to think children will be worse off than their parents, compared with low-income countries.

This article originally appeared in The Story Vol 20. You can read the whole of UNICEF's Changing Childhood Project here.

Is your youth group ‘church’? Yes. And No. 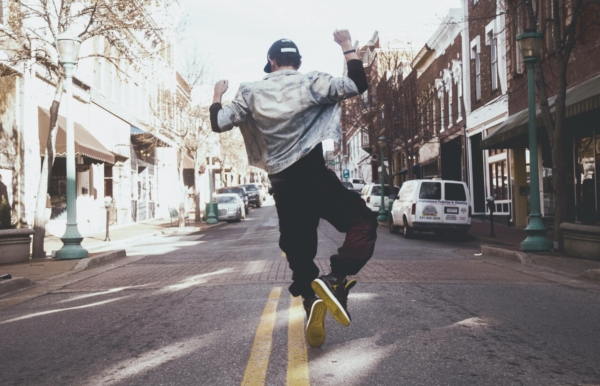 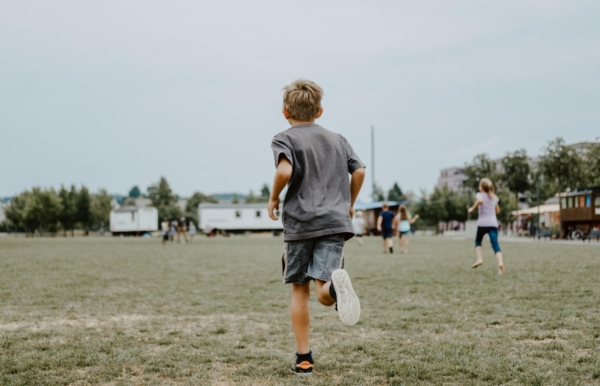 Filling the God gap: How your childhood shapes your youth work 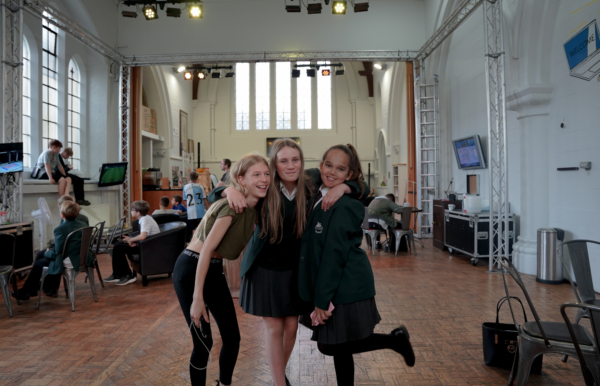 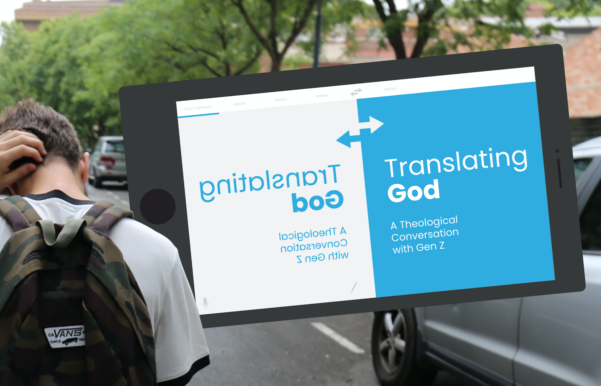 When the world turns, the Church has to find new ways to tell the story of God. Catch up with the Youthscape/ St Mellitus College Lecture with this download. 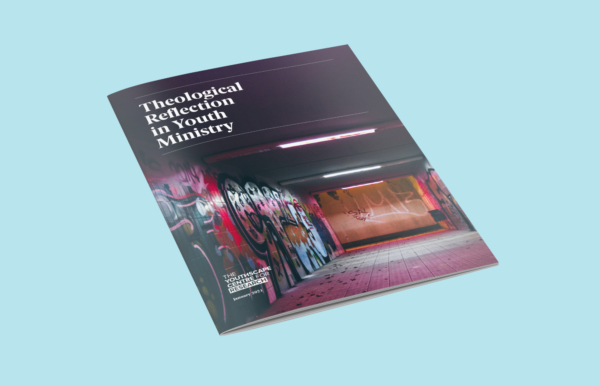 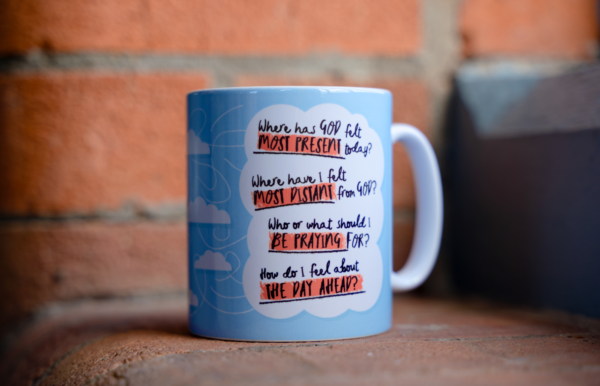 Enjoy a cuppa with this mug inspired by the Ignatian Examen prayer, designed to help youth leaders reflect on their day and connect with God. 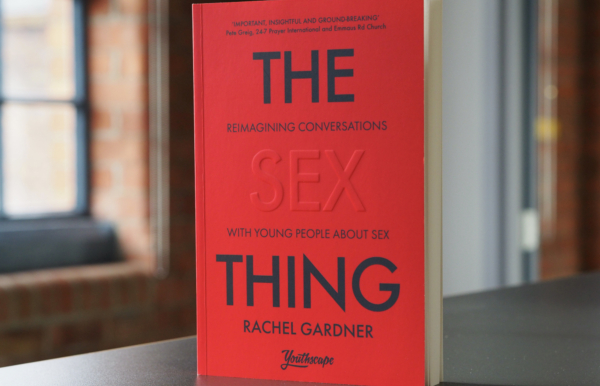