Superintendent Ted Hastings is interested in one thing, and one thing only – and that’s nicking bent coppers. But you probably already knew that. Probably because you’re one of the record 9.6 million who tuned in to catch the premiere of Line of Duty’s sixth series – or maybe you’ve not watched it yet but you’re hearing the hype. But what is so compelling about this show – what has it tapped into? Short answer: I think the show has met our emotional and moral moment: we can’t trust our institutions and leaders anymore, but we’re more desperate then ever for justice. Week by week, Line of Duty invites us to join its costly crusade against corruption, and with almost religious fervour, many of us are certainly invested.

Since this is a youth work website, we should say that we don’t think many young people are watching this show – it’s probably not a conversation starter for your next youth gathering. But perhaps it’s a resource that can help us stretch and rethink our practice as adult leaders. Between cynicism and hope, where are we? What does anti-corruption look like in the Church? How do we fight for light in a dark world, without being compromised ourselves?

The show has stood out from the beginning for its unique vantage point – it’s a cop show but they’re not after your regular wrong ‘uns – they’re chasing bent coppers. And as the crowded rogue’s gallery pinned up in AC-12 testifies, there’s a lot of them out there. Six seasons in and the gangrenous spread of a shadowy OCG (Organised Crime Group) and its cruel grip on numerous officers of the law seems to know no end. This is a show that confronts institutional corruption head on – it’s cynical about human nature but perhaps even more cynical about organisations and authorities – where evil is shrouded by the collusion of a self-interested collective. The bent coppers aren’t just bad apples – they’re always indicative of a wider web of wrongdoing.

The reality of institutional corruption is a familiar one to us now. The show borrows from real-life stories of the police, media and politics. In the Church, too, it’s one we’re having to frequently confront: tragic stories of abuse at the hands of powerful leaders, followed by lies upon lies. When the truth is finally out, the wildfire of destruction has already run its course, leaving in its wake both broken lives and institutions we can no longer trust. Christian preachers might find in this show a rich illustration of the destructive and deceptive power of sin. It often begins with the best of intentions – a little lie, a quiet blind eye – but soon those officers of the law find they’ve been trapped into doing the unspeakable.

"As the Church has experienced recently, such as in the unmasking of Ravi Zacharias through the brave voice of Lori Anne Thompson, it can take years of courageous, much-maligned truth-telling for the abused to be believed. After all, the corrupt have power: resources, reputation, and a pliable community are on their side."

The rampant corruption infects all aspects of an individual’s life until it has swallowed them whole. It reaches beyond institutions and across generations – spoilers for season five/six here – consider how the gobby estate kid Ryan has been effectively groomed from a young age by criminals since the show’s beginning, and now emerges years later as a celebrated (but unfortunately homicidal) junior police officer. There’s something quite tragic about watching that happen in something close to real time, given we’ve watched the actor grow up over the years. If not quite as dramatic, many youth workers may know similar stories of watching someone vulnerable fall through the system and into abusive, destructive cultures.

The crusade of anti-corruption is an imperilled one, because it goes head-to-head with the ostensibly virtuous and noble. “There is no evidence of institutional corruption in the police”, dubious authorities proudly proclaim – whilst the audience of course knows better. Again, as the Church has experienced recently, such as in the unmasking of Ravi Zacharias through the brave voice of Lori Anne Thompson, it can take years of courageous, much-maligned truth-telling for the abused to be believed. After all, the corrupt have power: resources, reputation, and a pliable community are on their side. And who could speak ill of the 'Lord's anointed'?

I find catharsis in Line of Duty’s anti-institutionalism – it’s refreshing to have that evil named and thrilling to feel like it could be extinguished by a virtuous few. But it’s also painful when I remember just how much this Sunday night entertainment resembles our real world. The show is also realistic in its portrayal of the cost of combatting corruption. The show’s three heroes (we really hope none of them are bent) have fought bravely in this crusade for years, and while they’ve rooted out evil, they’ve also watched their personal lives slowly fall apart. They each live isolated, broken in different ways. They’ve fought the good fight, but for little reward, discovering the painful reality that it doesn’t always pay to do the right thing. Again, for those who’ve committed to ending injustices in this world, it’s a sobering reminder that virtue is costly.

Joy in the dark

This is grim discourse for already grim days – and it feels imperative to mention that this is not a joyless show, but makes important space, amidst the tragic, for warmth, love, and the euphoria of a truly righteous mission. There’s a rich camaraderie between DS Steve Arnott and DI Kate Fleming, won between curry nights and clandestine underpass 1-1s. Meanwhile their beloved gaffer Ted (“I’m the epitome of an ancient battle”) Hastings takes the prize for crowd-pleasing one-liners, and just some of the best catchphrases you’ve ever heard. He didn’t float up the lagan in a bubble you know. “Mother of God…now we’re sucking diesel…the letter of the law – the letter!” Et cetera.

The show’s love of catchphrases, obscure jargon and acronyms cements a faithful bond with the audience. It’s not going to explain what a CHIS or GSW or OCG is – you’re going to look it up and feel special because you know – you’re in on this crusade. Every series features the words “in the line of duty” somewhere (how long till they say it to camera?), and as the memes attest, when Ted says “I’m interested in one thing and one thing only…”, the nation collectively jumps for joy. “Bent coppers!” Get them Ted.

These familiar phrases, along with call-backs and recurring characters from prior series, create a ritual relationship not unlike that in something like the Marvel Cinematic Universe. Across instalments we build relationships, while crossovers and payoffs prompt the delight of recognition: you’re involved. Line of Duty’s mastermind creator and writer Jed Mercurio has peppered clues to the show’s unfolding mystery across every series and it seems no shot is wasted. Social media commentary, GIFS and memes all elevate this sense of inclusion and a story that permeates our lives.

We’re invested in this world, like our heroes we’re desperate to see the corrupt caught and the elusive ‘H’ – dismissed by skeptics as “a phantom” – unmasked. This is a show that faces institutional corruption in all its grim reality, but simultaneously invites us to join the fight, to enter into the story and find joy in doing so. Learn the lines, follow the clues, and of course don’t miss the weekly service on Sundays at 9pm. There’s certainly something powerfully ritual and communal going on there. It’s a secular story, but whether it’s the themes of justice and depravity, or the devotion this show inspires…it feels a bit religious too.

We’re all tired of the darkness winning. Whether it’s the pervasive spectre of a pandemic, or the relentless revelations about fallen leaders and broken institutions. We believe there’s a promise of better, but it often feels like faith in the entirely unseen. We’re trying to fight for what’s right, but it hurts. Are we alone, or is help at hand? How we live – whether we have the courage to keep believing – has a lot to do with the stories we live into.

Line of Duty airs on BBC One, Sundays at 9pm 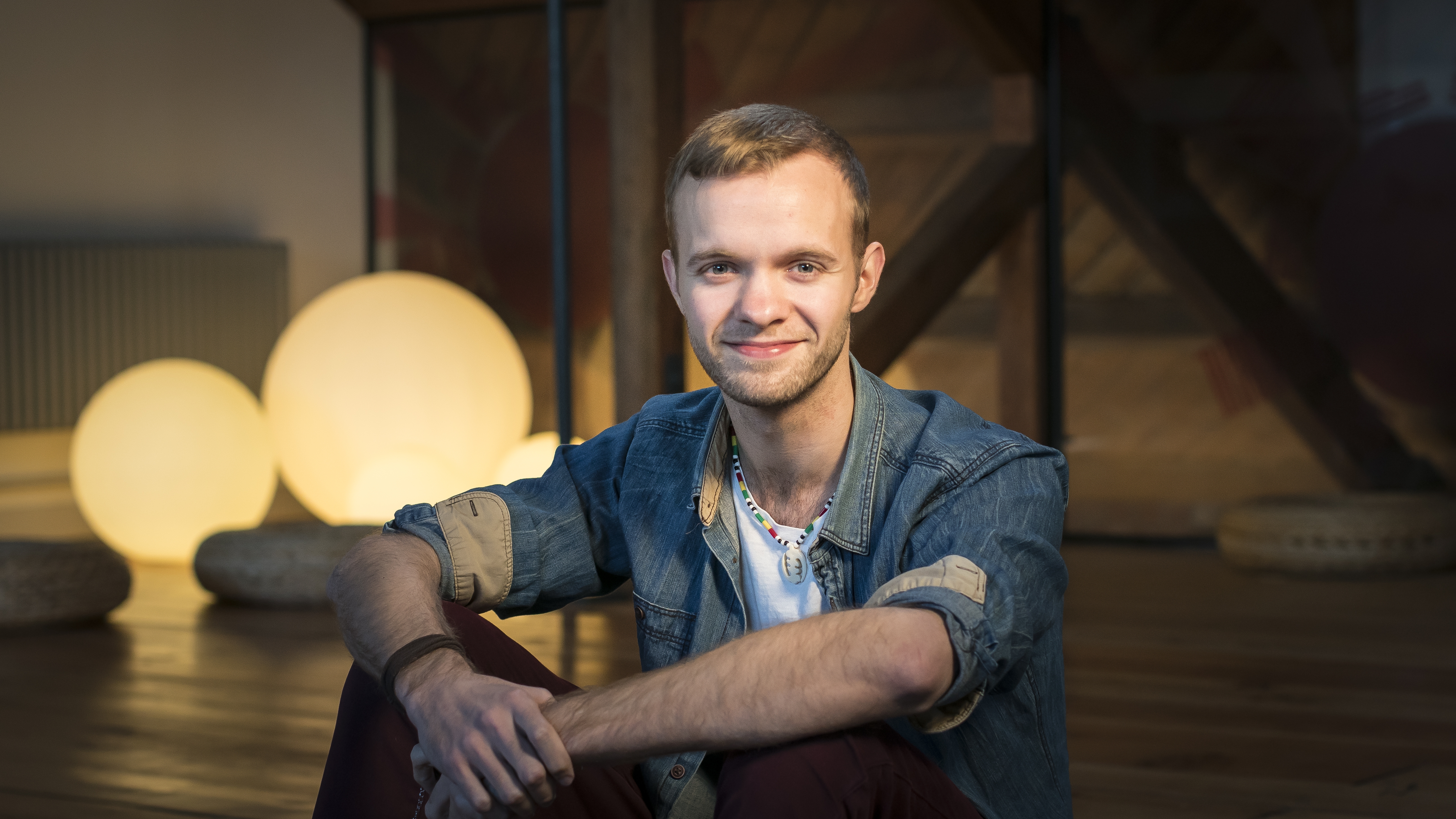 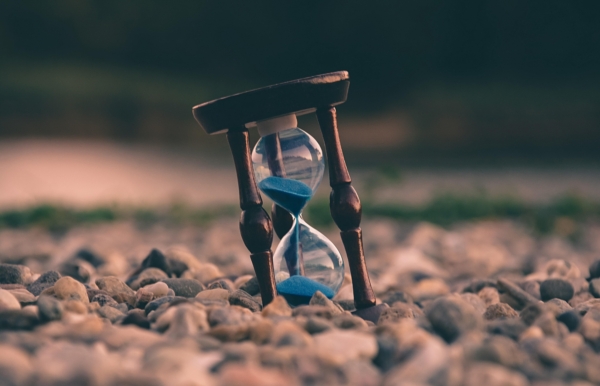 Where did the year go? The tyranny of lockdown time 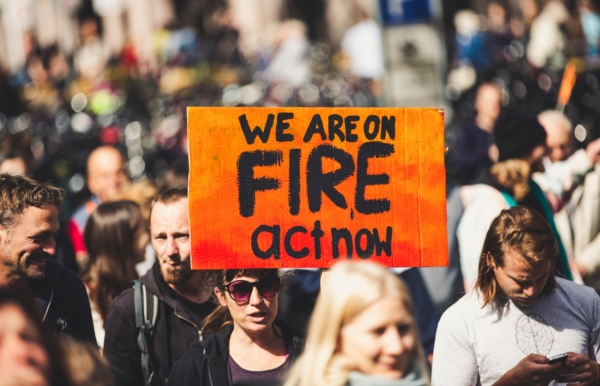 What Bonhoeffer teaches us about theological reflection in youth work 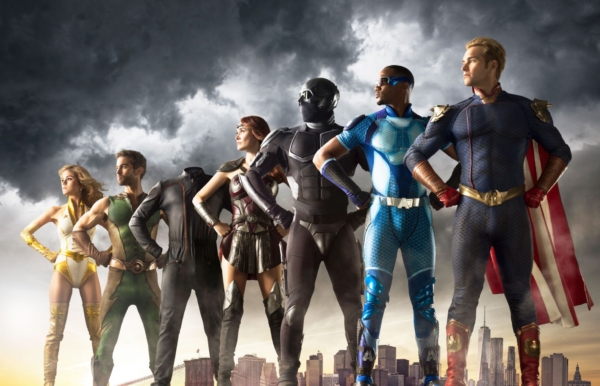 Fake heroes and false religion in Amazon’s The Boys 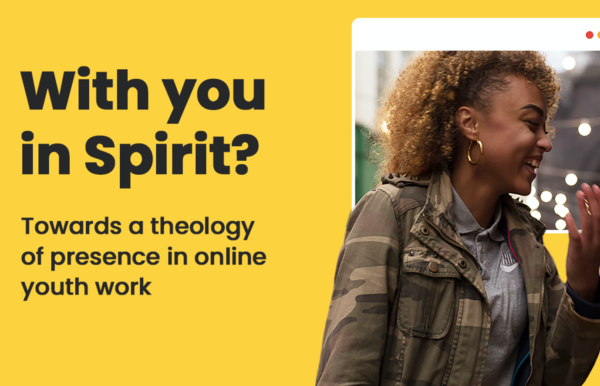 Revd Dr Sam Wells explores the meaning and power of 'presence' in a time of socially distanced, online youth ministry . 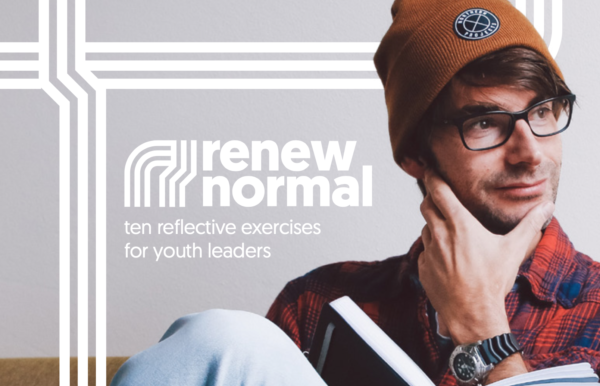 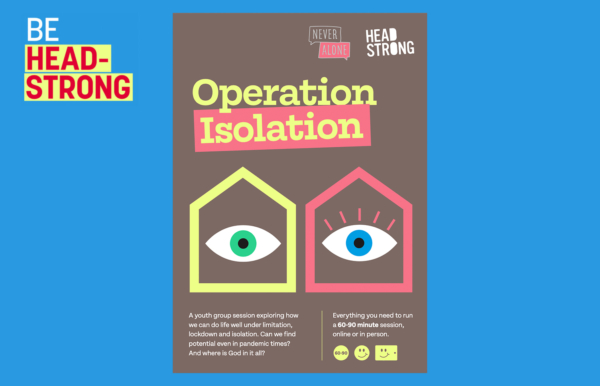 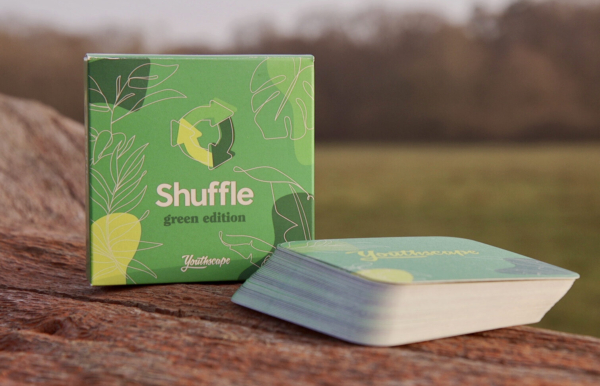 42 challenges, 42 days. Shuffle: Green Edition invites young people to engage with the climate crisis and empowers them to make a difference.